Check out the new features in the leading open-source game engine.

Featured image: a still from Resolutiion, Monolith of Minds’ upcoming action-RPG, created using Godot 3.x, and used by the Godot team to announce the first alpha release of Godot 3.2.

Since going open-source in 2014, Godot has been going from strength to strength. The game engine, which provides an alternative to Unity for 2D and 3D titles, just got its third full-time core developer, with recent development work partly funded by grants from Mozilla and Microsoft.

This summer, it became the de facto game engine for Blender users, with the Blender Foundation removing the old Blender Game Engine from Blender 2.80 and recommending Godot as a “more powerful alternative”. The Godot team has just unveiled Godot 3.2, its first major update since then, which is currently available in alpha. So what can you expect to see in it?

Godot 3.2 continues the work of reinstating features that had to be removed from the engine for last year's milestone – but compatibility-breaking – 3.0 release. The visual shader editor made its comeback in Godot 3.1 earlier this year, but gets important usability updates this time round, including support for a drag-and-drop workflow: the old menu for adding nodes to the shader graph has been replaced with a tree-based pop-up from which nodes can be dragged in.

There are also new nodes, ranging from mathematical functions to greyscale and sepia render effects, while the Expression node makes it possible to write shader code directly within the graph.

Under the hood, Godot now uses the Open Asset Import Library (Assimp) to import scenes, which provides support for most common 3D file formats, including FBX and glTF.

For 2D artists: texture atlases and support for pseudo-3D effects

Godot’s 2D toolset also gets a sizeable update, including an experimental new 3D layer system to enable developers to create pseudo-3D effects within 2D games, as shown in the video above. Support for 2D texture atlases – another feature lost in the Godot 3.0 update – has also been reinstated.

There are also a number of nice smaller usability features, including a new ruler tool in the 2D editor and the option to reorder animation frames by dragging,

For coders: version control and more AR and VR support

Developers also get a number of important new features, including integrated version control in the editor, and a new network profiler to help troubleshoot multiplayer games.

Godot 3.2 is available as a public alpha. The Godot team hasn’t announced a date for the final release yet, but if it follows the same pattern as previous updates, it will probably ship in around six months. The current stable build, Godot 3.1.1, is available for 32-bit and 64-bit Windows and Linux, and macOS 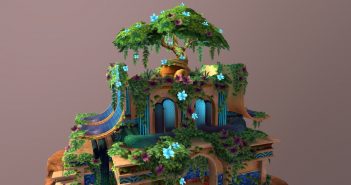 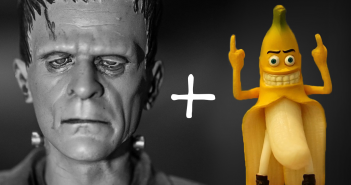