With the feature list for the next stable version of Blender now locked, we investigate the new tools you can expect when Blender 2.81 ships in November. Over the course of a week-long series of stories, we will preview the main features, beginning today with the retopology tools.

Blender 2.81 adds new manual retopology features to the Poly Build tool. As a quicker alternative, the Voxel Remesh operator automatically generates a quad mesh based on the volume of a sculpt. Video: JayAnAm.

Blender has some good third-party retopology add-ons, including RetopoFlow and newer contenders like DynRemesh and Tesselator, but Blender 2.81 aims to make it easier to convert dense 3D scans and sculpts into clean, animation-ready, all-quad geometry using only the software's native tools.

For manual work, the Poly Build tool gets new retopology features. They make it possible to draw a quad mesh over the surface of a source sculpt, although it means working one quad at a time.

For automated work, the new OpenVDB-based Voxel Remesh operator generates a new all-quad mesh based on the volume of a source mesh. (It also works in Sculpt mode as a way of getting good topology when blocking out shapes without the performance hit associated with dynamic topology.)

A second automated remeshing system, the QuadriFlow library - also supported in DynRemesh - has also just made the cut-off for Blender 2.81. It's slower, but has the advantage that the edge loops in the quad mesh it generates align to features in the source mesh, generating better-quality results.

Stay tuned throughout the rest of the week for bite-sized previews of other features, including new sculpting brushes, Open Image Denoise, and a host of time-saving smaller additions. 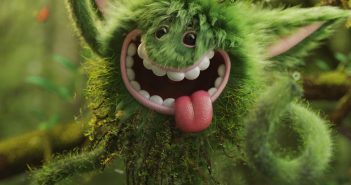 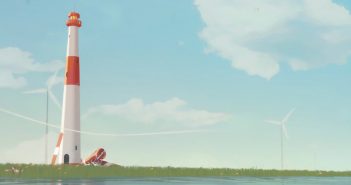 Next Article Behind the Scenes: Lost - Short Movie Trailer