Gesy Bekeyei talked about the production of his hard-surface project Lobster made fully in Blender.

The project Lobster began with brainstorming the idea of a craft that NASA could send to explore the oceans on one of Saturn’s moon, Titan. I am a massive fan of the late Paul Pepera’s work and his whimsy, utilitarian mechanical designs. Also, I am a fan of NASA and Russian space technologies and hugely utilize these elements in my designs. To begin, I started gathering reference of various submersible crafts and used PureRef to organize the reference. Using real reference is very important in obtaining a functional and recognizable design because the world is filled with really amazing pieces of engineering which can be utilized in your own work. I usually gather numerous images and steal shapes and forms from many objects, integrating them into my work. At a later point in this project, I veered away from a NASA submersible ship and went with a more conventional vehicle to explore the waters on Earth. 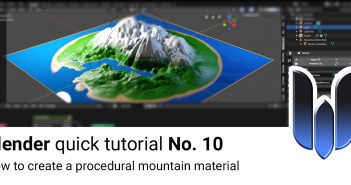 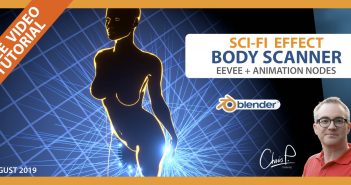