After the official release of Blender 2.80, we noticed a teensy problem with our render farm software in Blender. Render nodes would exit if you changed anything in the scene on the client/master computer.

We decided to release a patched version of our addon, v018, to fix this. You can download this latest version at our website.

We've also used this as an opportunity to ship smaller, more incremental improvements more often. We're building new features and fixing bugs in three week sprints, which means there will be a steady flow of improvements to the current alpha software. We're also going to be following semantic versioning in the future, which means that when we increment patch and minor version numbers, we will guarantee backwards compatibility with previous versions.

We're also writing code for our beta, again in three week sprints meaning there is new energy and momentum in the project which is super exciting!

This week we finished a sprint which;

1. Fixed the bug described in this article (now in v018)
2. Added a new interface to the addon to handle errors from our cloud system (now in v018)
3. Added the ability to select the number of CPU threads each render node will use to render (due for next release)

If you want to have a say in what we work on, you can tell us in our forum. 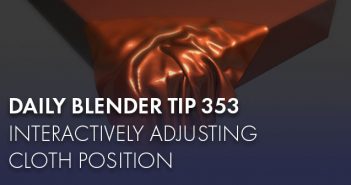