Terry Nation Army is a recent YouTube series from Dalek63-88 which I provided the theme and some backing music for.

To go along with this first video of music from the series, I decided to see how viable it was to use Blender's EEVEE engine as a fast renderer. As a result, I modelled some scenes based on the Doctor Who story The Chase (1965) which heavily inspired the music.

And EEVEE is up to it. None of these animations existed last week other than in my head, and now they're on YouTube.

And if you've ever wanted to see black and white Doctor Who represented in low-poly colour widescreen HD, now's your chance.

Blender artist, composer, Doctor Who fan and LEGO collector, based in Liverpool, UK. 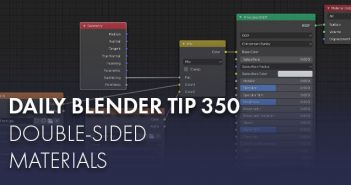