My name is Albin MERLE and I am 3D generalist artist. I am currently working as a VFX supervisor in the French studio FABULOUS, which I joined during founding after several experiences in French studios as a 3D artist.

Today, FABULOUS studio is a company dedicated to directing CGI and VFX projects for commercials, TV, and cinema.

For every project we focus on visual quality and creative ambition. We are always looking to build balanced projects. The studio is often solicited for its expertise in supervising visual effects productions on full CGI or mixed live + VFX.

At the beginning, I was lucky to have a family that supported my interest for creative jobs (music, arts, etc.) and who guided me to create my first little stickman animation while I was in middle school. Then I opened a 3D software for the first time when 2D seemed to not be enough and didn’t allow me to do what I wanted. At that time, several weeks earlier, I had first seen Star Wars 1: The Phantom Menace and in it the incredible CGI Pod race sequence and how powerful CGI tools and software could be. Of course, many other movies had already guided me on this path but that sequence had a very heavy influence. I was fascinated by this trade, so I tried to model a droid and other cartoon characters in Sketchup.

Then in high school I opened Blender for the first time and have never let it go since.

Blender seemed pretty obvious to me for many reasons:

I graduated as a designer and developer of digital content from LISAA school.

During my school curriculum I was working on the side and doing CGI promotional videos for military prototypes and devices, and other small commercial projects.

At the end of my studies, I decided to specialise mostly in VFX projects and not cartoon content.

My first steps in Blender :

I am mostly working on VFX+live or Full CGI projects. I accompany production teams from the early phase of the construction of a project. I also strongly participate on set when it comes to VFX shots by anticipating the post-production steps. Once the shooting is done, I continue my work during the whole manufacturing process as supervisor to facilitate the production workflow.
Today, I think strongly about using Blender when it comes time to determine which software can handle something or how much time it takes to get something done in this software.

Regarding my personal projects, I would say that I experiment a lot with FX simulations in Blender, especially at a time when it’s hard to find people who are doing Sim in Blender in a production workflow. I experiment to push Blender and choose whether it can or cannot be trusted compared to other 3D solutions regarding what the project needs.

Some tests I did around simulation (rigid, soft, constraints, gas, etc.)

I was very enthusiastic about blender’s capabilities especially when the molecular and fracture modifiers were released. All these tests gave me the confidence to seriously get Blender involved in projects that required Simulation FX.

On the Professional side here are some selected projects:

This is one of my first projects where I was responsible for all 3D aspects (compositing was done by someone else). It is 100% Blender Cycles and a lot of dynamic paint and modifier work.

This music video, directed by FABULOUS, with a lot of Blender involved. The music video was released in 2013.

And this project, among others, was really fun to work on: a Franco-Belgian sci-fi short film where I did the explosion at the end.

There were so many pieces that the constrained rigid body couldn’t provide us enough artistic control on the explosion, so we turned to particle fracturing, exploding particles, and mesh deform to bend the steel structural parts.

The station had to be split into multiple Blender scenes, fractured, exploded, and simulated, and then assembled into a main scene with the linked files feature.

Memory peak by frame was way above 10GB and took about 40 min/frame to render.

The shot was rendered in 4k and was about 400 frames in duration.

Honestly, my inspiration comes from all areas; I really like everything that is related to the space industry and advanced technology. Mostly I am inspired when I watch series, movies, or documentaries that I like. I really value framing and camera movement; the dynamic that a frame provides can give very good indications of feelings, what is going to happen next, or support and push the animation. Sometimes it also helps to give the scene some credibility.

I am very curious on social networks, Instagram especially, as it’s very easy to find references, and there is a huge quantity of impressive publications on every aspect of CGI (motion, VFX, etc.).

I also visit websites daily to keep myself up to date, and very often to just dream a bit on the latest projects released by the big VFX studios around the world.

From a personal point of view, it allows me to sharpen my eye and stay critical of my own work.

I visit these websites daily, just after arriving at work and replying to emails:

During my different experiences I had the chance to use multiple softwares and I am feeling pretty comfortable with most of them. In order, I would say Blender, Houdini, Substance Painter, Marvelous Designer, and, of course, the industry standards (Maya, 3ds Max, etc.).

Recently I worked on this personal project :

The purpose of this was to get myself up to date on this new 2.8 version. It took me time to download it; I was sooooooo lazy to learn all the new shortcuts and everything that was new. I felt like many tools were completely re-thought and improved. After I saw the HBO Chernobyl series, I had found an inspiring subject to work on: several shots like we would see on a series opening credit.

Every shot of this video allows me to work on a specific aspect of this new version.

For instance, trees are basically 3 meshes, instanced on a ground plane with hair particles (children interpolated) and with a special shader that creates a gradient with random autumn color from the root to the top depending on the size of the tree. Thinking procedurally helps a lot and I had to say, it looks like Blender liked it too when I saw how many polygons it could handle and render quickly with this process. Most of the 3D models are from 3D packs available online; my goal was not to evaluate modeling capabilities inside Blender—I already know that it’s one of the best modeling tools I use.

In conclusion, I was pleased to work with this new version of Cycles, and of course the Hierarchy collection system, which is an unavoidable tool nowadays.

If a studio is looking for a soft transition to include Blender in their workflow, from experience, I would say that integrating Cycles as default renderer is by far the easiest way. It’s free and extremely powerful.

Most of the projects I share on my YouTube channel are personal projects, mostly because I push Blender to its limits to define its pros and cons and anticipate post production processes for future projects.

My projects often look like crash tests and this way I am able to see where I could encounter future challenges in the post production process or sensitive points where we should be very careful.

Math puzzles volume 1, 2, 3, from the YouTube channel “Mind Your Decisions”. It helps a lot to anticipate real-life working problems.

And for those who are not friends with math, it will help in a funny way :) 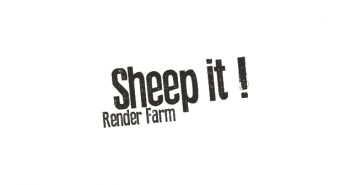 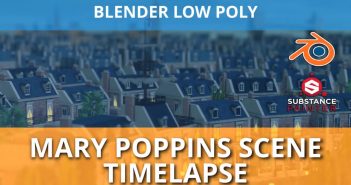 Next Article How to made a Mary Poppins scene timelapse