Last year I decided to stop working on first animated series, "Deadstar", and hopefully bring to a new series all the things I learned making Deadstar. So I decided to finally make a series based on an idea I came up with years ago, the idea of a vertical race with advanced technological airships and piloted by alien races from all across the galaxy.

In this world the sport is called "Gravity Diving" or "G-D". And our story start where for the first time ever two humans, Zeke and Zara, have made it into the galactic championship tournament. Zeke and Zara form a bond while they compete to be the first humans to win the championship.

I started developing the story last summer and began work on building the characters and sets in September 2018. Finally was able to finish the first episode in late April. Honestly it was really difficult and intimidating to start a new series from scratch after years of building Deadstar. Got discouraged a lot and thought about quitting a lot. But I knew it was time to start a new project and I knew I could never quit. I love movies too much. lol So during all that time, even when I told myself I was quitting, I was still dreaming up this world and planning the story arcs. So now I hope people dig this because I can't wait to share what I have planned. The story I was able to come up with reminded me so much of movies I loved as a kid like Star Wars and Raiders of the Last Ark. With your support I hope to keep telling this story and share this world for as long as I can.

Let me know what you think! And thank you for your time.

I've been working in Blender for about 10 years now, what an amazing tool. Created the series "Deadstar", "Kharia" and the current series "Diver", all using Blender. Favorite films and biggest inspirations are: Akira and Princess Mononoke 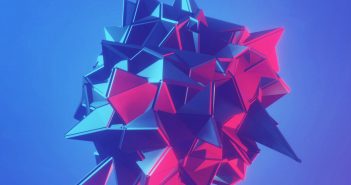 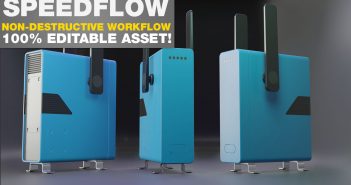