Hi, I’m Alex Bitsadze. I live in Tbilisi, the capital city of Georgia (Eastern European country). I am a self-taught artist. It’s been 8 years since the first time I came across the CG Industry and Blender. From the beginning I was not aiming to use Blender as a professional, but after I created some basic models, I realized that I had found my passion. Unfortunately it was the time when Blender and CGI were not very popular in Georgia so I had to teach myself. The passion towards Computer Graphics was so strong that it helped me even to give up on computer games (I was addicted to computer games) and started getting more and more into Blender. All day and night I was just sitting in front of a PC and learning how anything is done in 3D. I found a wealth of Blender tutorials around the internet.(special thanks to Andrew Price, David Ward, Kent Trammell). I felt really amazing creating 3D art! Now instead of games I’m addicted to Computer Graphics, especially video game graphics.

Later I found out that I was becoming more professional rather than just a hobbyist so I tried freelancing on small projects. Later I was hired by a local gaming company where I worked as a 3D Generalist. So later on there were more and more offers from companies as time went by and I improved my skills. Nowadays I’m working for several companies on outsource (mainly Gaming). Also I’m a private teacher and teaching Blender at the University of Georgia. I can definitely say that Blender gave me a good life! Thank you Mr. Ton Rosendaal!

Here in Georgia we have a small kids poem about how a cat jumped on a table and broke a vase. So I wanted to create something about it with fur particles and to use sculpting. I explored some concepts and I came across a really perfect concept. 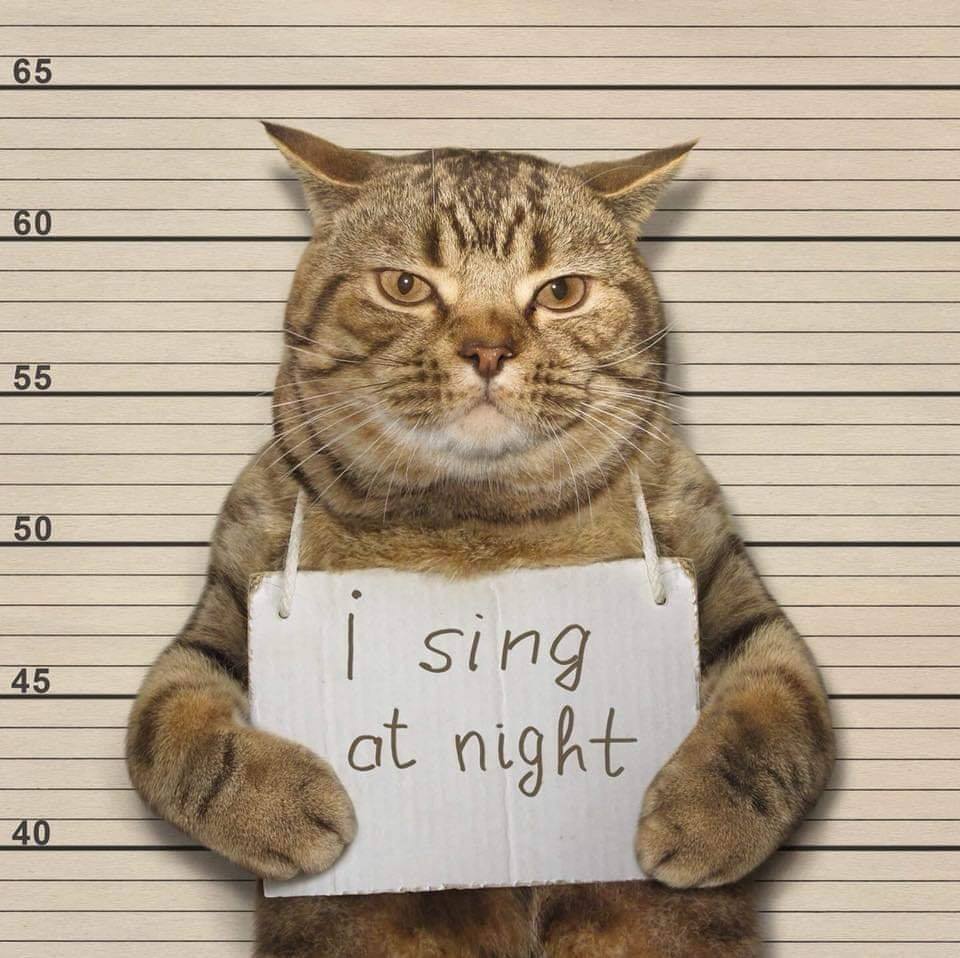 This was what I really needed! Moreover, I could use the concept as the texturing projection. So I started with sculpting the cat.

As I always say, a good work starts with good references, so I explored some more images of cats to develop the head shape of it.

For the tools I used the following:

For the Hardware I have:

When I’m going to create an organic model mostly I start with ZBrush blocking and later detailing. I use Dynamesh really often. This is how the process goes during the ZBrush phase:

I didn’t create a lot of details, like skin, bumps, etc., because fur would cover it anyway.

Because it's not destined for animation or rigging, we don't need proper topology or a T/A pose. So after creating a sculpt I gave it a proper pose; I wanted it to look right into the camera with a kind of angry/confused face. Next I added paper and rope models which I created in Blender and imported it in ZBrush. The sculpt was ready for the next phase.

The next phase was to have a lighter model with fewer vertices but to keep model detailing too, so I made a lower poly mesh with ZRemesher and made a projection on the original model.

Of course I used a subdivision level of 4 so that after the projection I would have better vert count and the details would remain on the model.

So the next phase before importing to Substance Painter was to unwrap it and give material names: 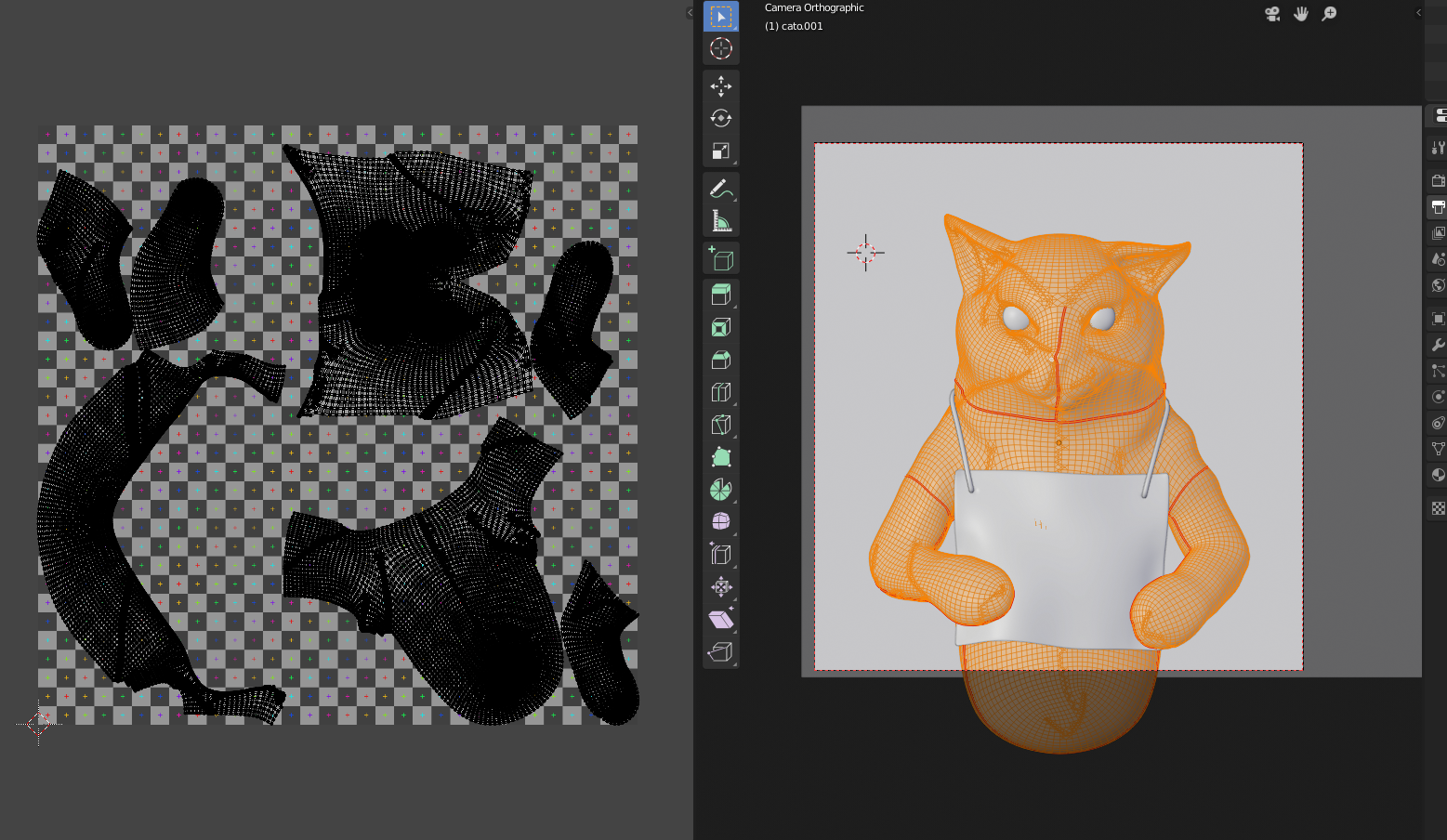 I exported the models and created textures for them. I used reference pictures for the texturing and projections:

I went back to Blender and created a model of the eyes with textures so that when I imported all the textures I had the scene: 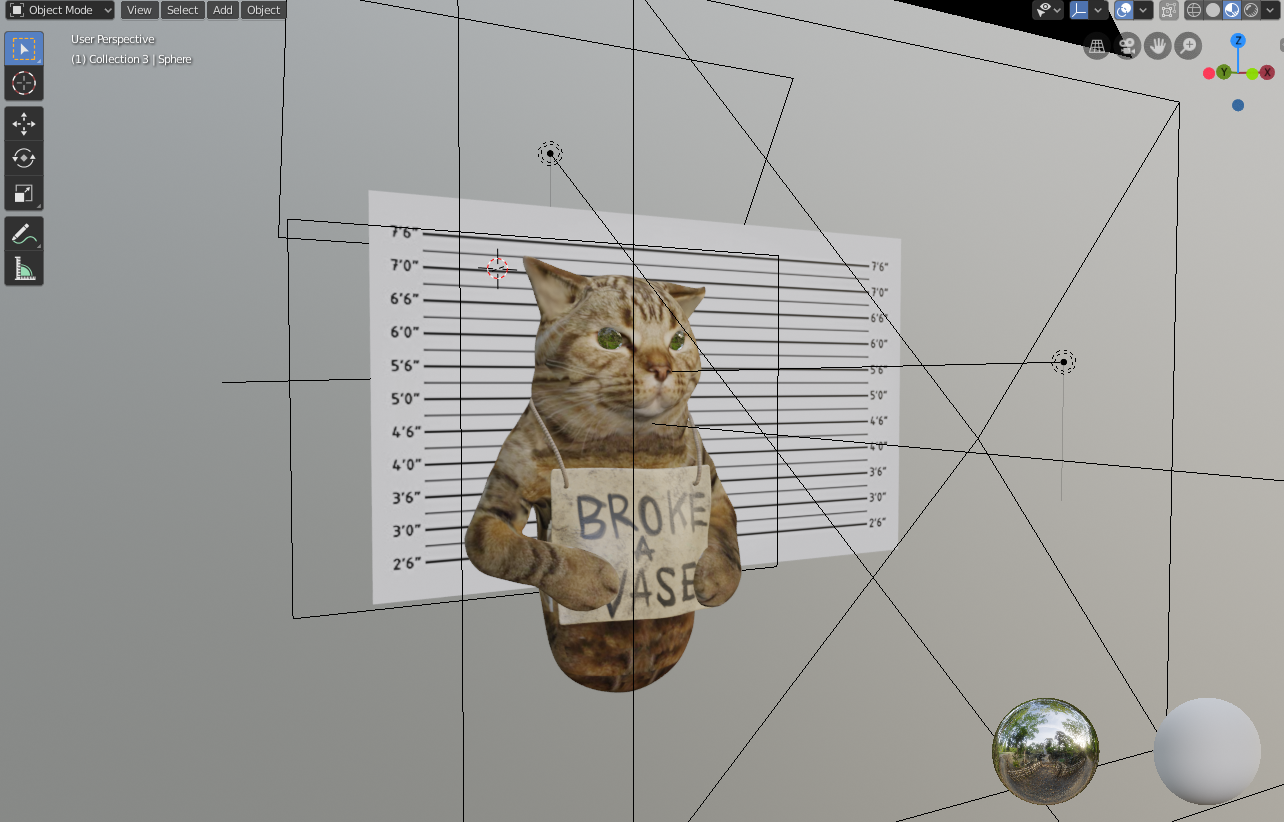 Yeah, of course the mugshot measurements…. I was mistaken because we use metric units but I could still fix it. Some people complained about it:

The next step was to add fur. I added 2 separate fur particles, one for basic body fur and another one for whiskers and combed them. 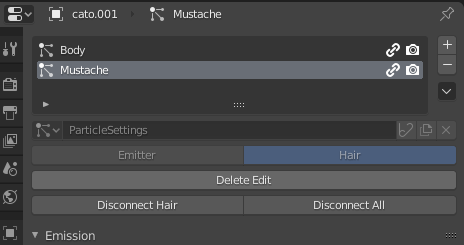 The key to getting length and density right was grouping and weight painting the model so that fur would grow longer or shorter: 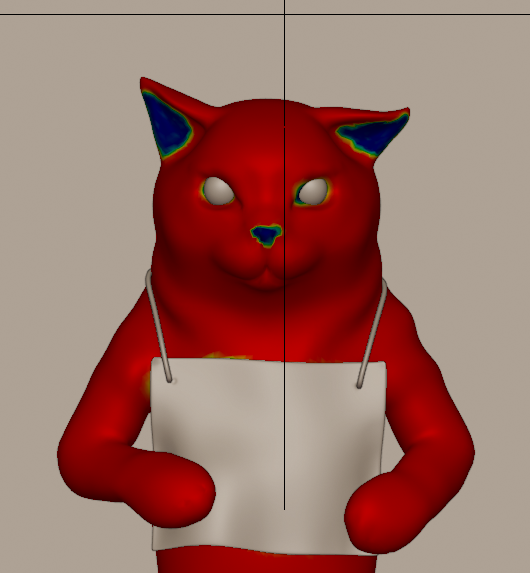 I didn’t need to have fur on the ear area, nose or on the belly, which would be covered by mugshot paper. And the fur length would have separate weights like this: 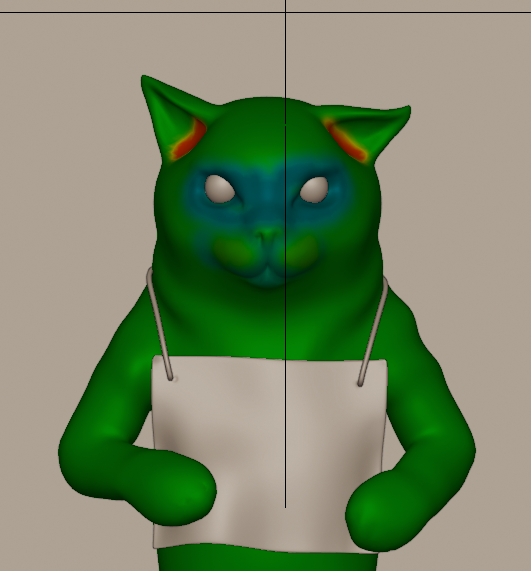 So the result I got was:

I used different materials for fur and got different results so I had to choose from all of them and had to post process it to gain more light/exposures, colour, etc.

These are several fur material and lighting renders:

So I choose the one with less translucency because it looked much better to me. This is the last image of how it looked:

I liked the workflow and the final image but I’m never satisfied with my work. I keep learning and working on my skills constantly.

I hope you enjoyed the process. I was happy to be featured on BlenderNation and Blenderartists pages.

Cheers and keep your cats off your vases! 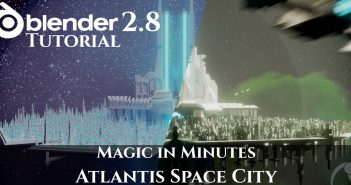 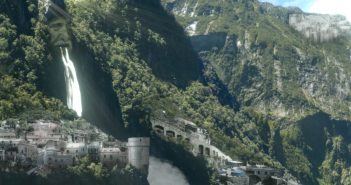 Next Article How to compose a Digital Matte Painting in 2.8