"Demoparties" are digital events where creators from all other the world met at the same place to craft artistic productions during the party (named "Party Prods") or presents previously made creations in different categories named "Compo", such as Realtime Graphics, Animations, Music, Old School and Modern Graphics, Game, and so many more ... using high-end or (really) old hardware.

To announce a Demoparty, we used to create invitations, aired during a party of course ! It can be a realtime project or not.

For my friends of "Popsy Team" who organized the "VIP Demoparty", I created this 2 minutes animation in (intensive) 8 days, 99% done in Blender 2.8 Beta and EEVEE (textures of the Hero has been created in Substance Painter). The only 1% left is about some text added in compositing and a few 2D elements put over the image in "Difference" blending mode (EEVEE have only the "Additive" mode available).

All rendered images, including relfection, refraction, glow, DOF, Ambient Occlusion, etc ... for the "realistic" part of the animation has NO compositing except some text, lightnings and the graphics elements on the table. And most important, the "toon part" at the end has no compositing either. All effects such as halftone, shadows dithering, contours, light segmentation, etc ... are also available straight in the viewport because they are all based on shaders trickery.

Here is the animation:

To be clear, without Blender 2.8 and EEVEE, creating this kind of animation in only 8 days would not have been possible for me. It allow me to speed up the lookdev process and the rendering.

And last but not the least, the animation won the "Animation Compo" of "Revision 2019", the biggest demoparty in the world with more than 1.000 people ! 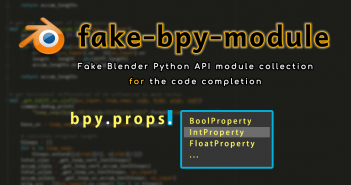 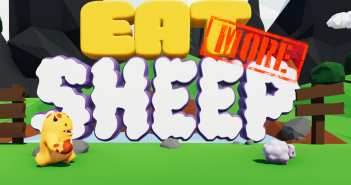 Next Article Build an Adventure Video Game in Unity with Blender Assets [$,promoted]