My name is Stefano Milani. I live in Verona, in the northeast of Italy. I love traditional and 3D character animation. I started drawing traditional cartoon strips inspired by my favorite authors like Bill Watterson.

“Ettore e Baldo” was my first creation. I spent many years learning how to draw and ink them with pencil and brush in the traditional way and I still really love to sketch and ink.

Then, one day, I met Softimage and it was love at first sight :) I dug myself into modeling, animation, and stuff. I also worked for many years as an animator for several advertising agencies here in Italy. After the “death” of Softimage, I found Blender and with tutorial after tutorial I again started to feel in love with 3D animation. I remember how I was surprised finding an application that has modeling, sculpting, tracking, simulation and compositing and a render engine like Cycles...all for free!

Two years ago, I created a YouTube channel called "SottoZen" where I upload my works, just for fun. With a friend of mine that agreed to perform as the "actor" in our "movies," we started to have a lot of fun and we really learned a lot. As you all know, making a short video involves a lot of different stuff. Filming, lighting, storyboarding, 3D, tracking, compositing, greenscreen, sound fx... each time we encountered new difficulties.

Here are some screenshots taken from SottoZen: 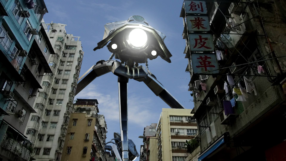 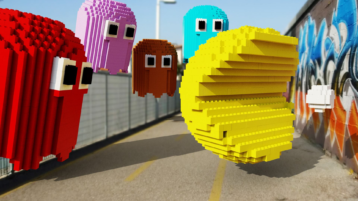 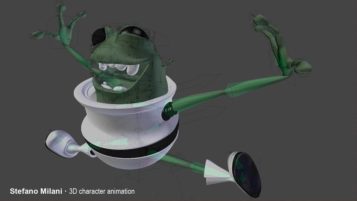 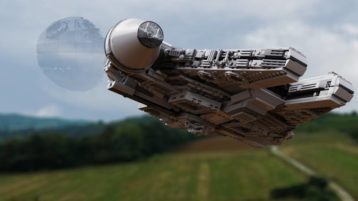 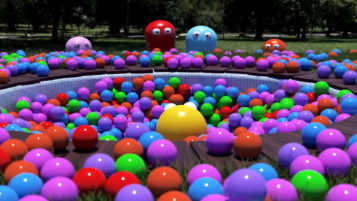 Also, recently I started a new and personal YouTube Channel, “Bobot”. Here I began uploading episodes of a rusty robot. I know it's nothing special, but I love to animate him and bring him to life in a sort of a web series.

Each episode I make starts with the basic idea, the concept. This, like when I was writing and drawing my comic strips, happens suddenly, during the day… while listening to music, watching a film, running or walking around, sitting on the toilet… at a certain point, I have this “vision” and I feel the urge to put it down somehow.

Then, I sketch out a storyboard. I do this all the time, even if I know very well that, in the end, I never follow it and I always end up with something completely different.

Then, music. Yes, the music in this kind of project is so important. I feel like when I find the "right" music I am halfway done! Animation, in the end, is about rhythm and movement and so it's the music. I can relate to the song and visualize each action and camera movement, I honestly have to say that this is my real storyboard. 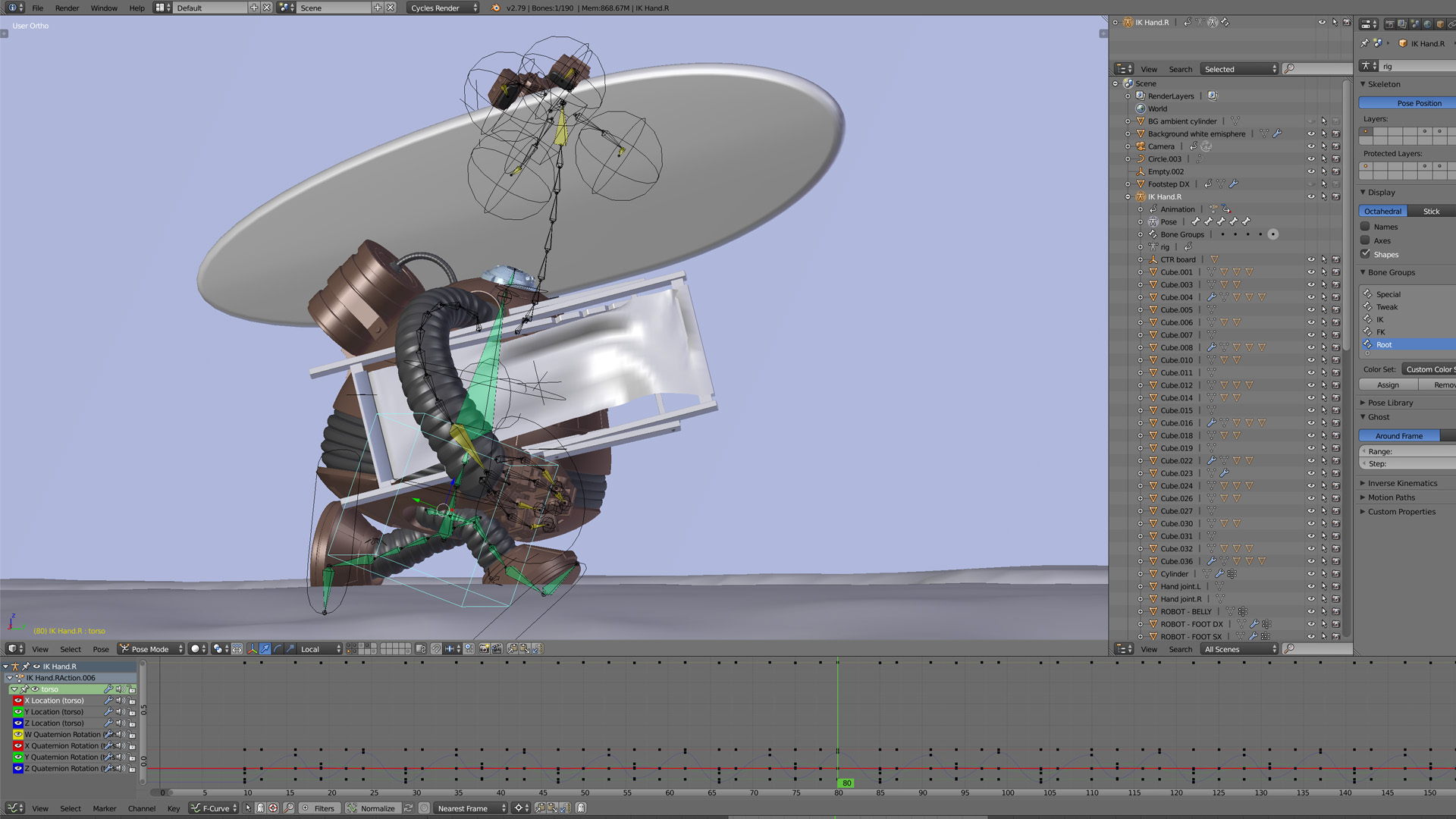 Bobot, my rusty Robot it's a quite simple model. I made it in a few hours, I think. I probably should have spent more time on it, in fact, because I continue to correct and upgrade the rig to solve new animation issues that I encounter on each new episode.

Also, texturing and lighting is quite basic stuff. An HDRI image as an environment map and sunlight to have some "rim light".

I used to build up my own rig in Softimage, but for now, in Blender, I am still learning a lot and I have found the Rigify add-on more than usable. It’s fast and easy to get great results.

I mixed up some "mechanical" rig parts with some parts that were weight mapped. For example, the rubber belly between the two metal parts was the most difficult part of the rig I guess. I also added some lattice deformation to make the rubber belly nicely follow the movements of the body.

The painful part is the render. Many hours for each scene. I guess I am not very expert in render optimization so, in the end, I simply click "Render" and I wait :)

For all the post-production, like snow falling effects, flames, sounds, etc., I am using the Adobe suite.

In After Effects I color grade, if needed, and add all other effects. I love to work also with green screen, for example, to make the match fire in this scene I actually filmed a match on a green screen. Then, in After Effects, I tracked it to the scene. 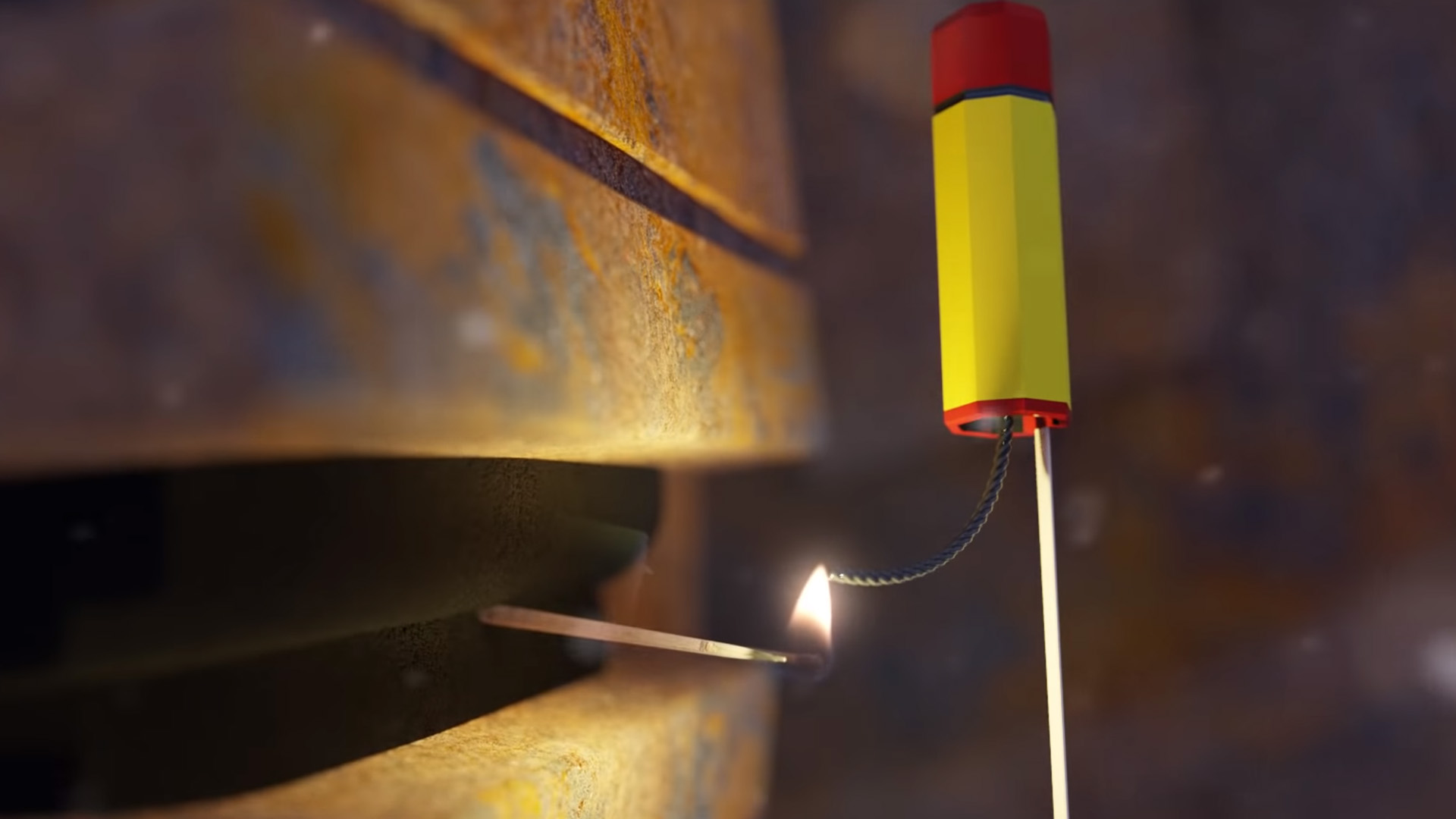 I am actually working on the third episode while I am writing this article for BlenderNation. I have Blender in background rendering since this morning :)

I truly wish to thank BlenderNation for this invitation. This site was one of the first places that I shared my works and animations! I hope this article may be useful to someone.

Visit the SottoZen Channel and watch our videos and maybe… subscribe ;)

Best greetings to all Blender users out there! 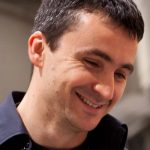 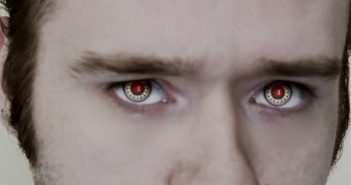 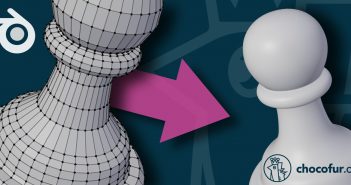