Hi! I’m Cheryl Chen and I’m currently studying computing in London. Blender has been a hobby of mine for about 5 years, and I enjoy making characters in my free time. 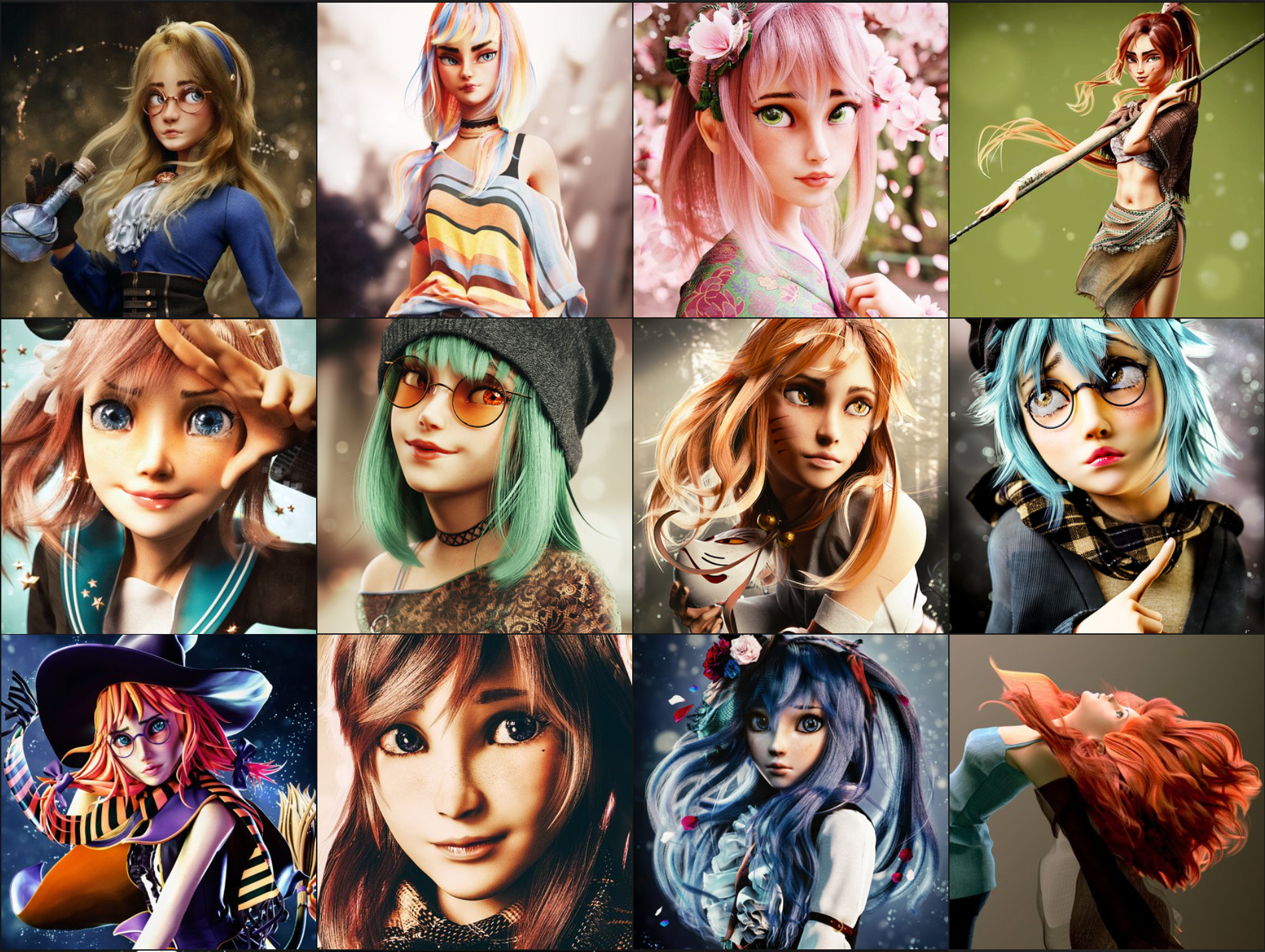 Getting Started with Blender

I started Blender when I was 15 or so. As an avid anime watcher, I got a lot of inspiration from the huge range of expressive anime characters, and I wanted to create some of my own. However, I was never great at drawing, nor particularly motivated to learn how to shade properly. I was fond of computers though, so I decided to figure out how to get software to render things for me. Thus, I started my journey with Blender as a pretty roundabout path to making anime characters.

I had a slow start with Blender. Besides getting over being intimidated by the interface, I had a lot to learn about observing facial features and human body proportions, and just being able to form the things I saw as 3D models. Despite the hours I spent poring over online tutorials, my early efforts were pretty horrifying and gave anyone who saw my models a mini heart-attack. I struggled a lot with forming models from 2D reference images, as I wasn’t knowledgeable enough in anatomy to fill in the gaps between the references.

I wasn’t really getting anywhere after months of fumbling around, so I turned to MakeHuman to generate some recognisably human meshes. By comparing the realistic proportions of the models with my hyper-stylised, vaguely humanoid ones, I started toning down the anime influence a bit more. As my models finally grew distinguishable noses, I gained enough confidence to put my art online. Eventually, I had a fluke with my render of a dancer. I think it was the first time I had more than 20 views on anything :P It gave me a glimpse of what I could keep making in the future and was a huge motivation for me to keep creating characters and learning Blender! 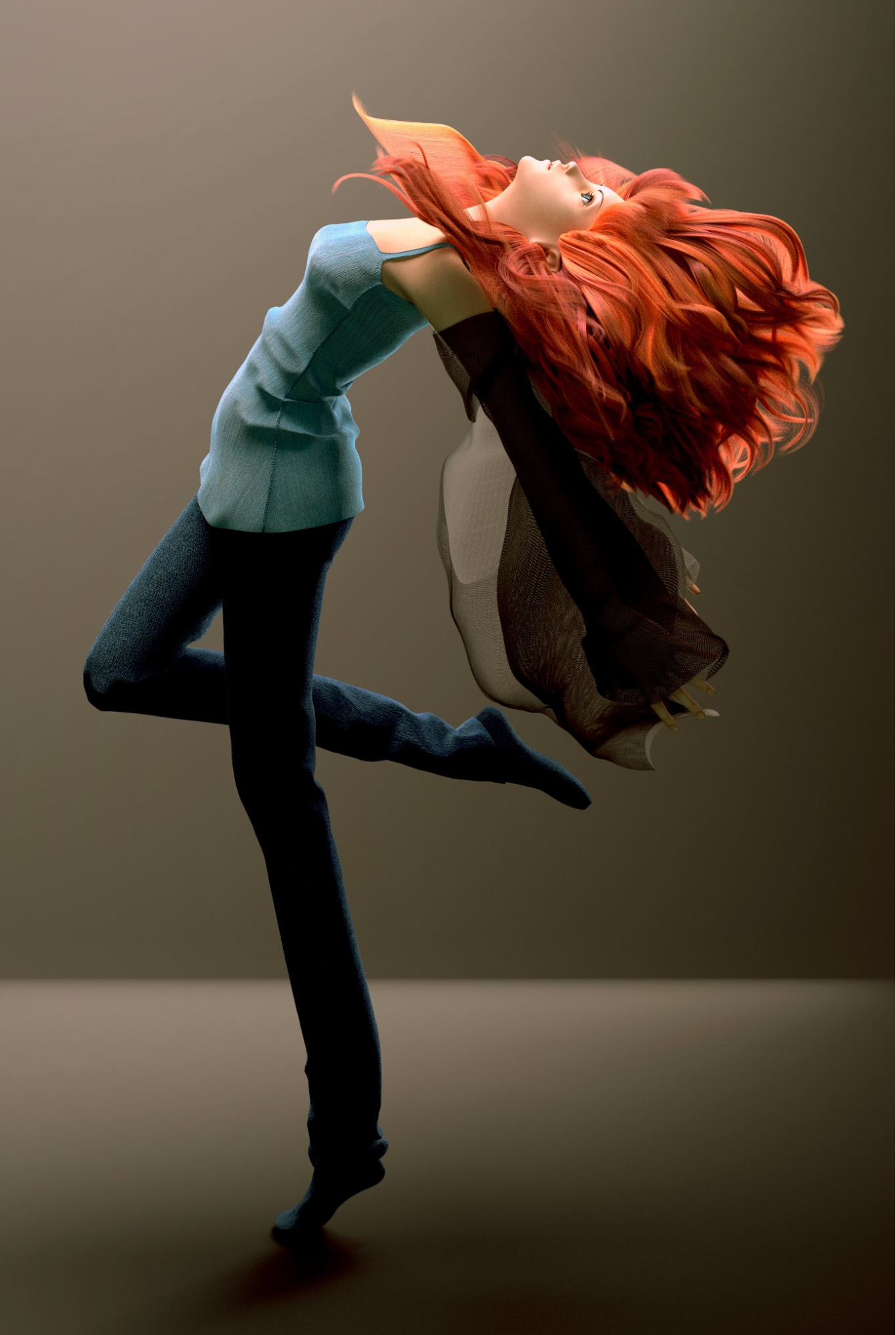 When creating my characters, I do have a tendency to meander around and try out five different ideas before I settle with the final piece, but here is the very abridged work process for a current project.

The first stage is to model and rig my character. I do sometimes use my older models as a base to speed up the modelling process, since I find the next steps more fun.

To solidify my ideas, I usually start by posing the model. I get a lot of references from online galleries, manga, or awkwardly posing in front of a mirror. It gives me a better idea of the composition and feel for the piece. I also sketch out my initial ideas for hair and clothing with the grease pencil. 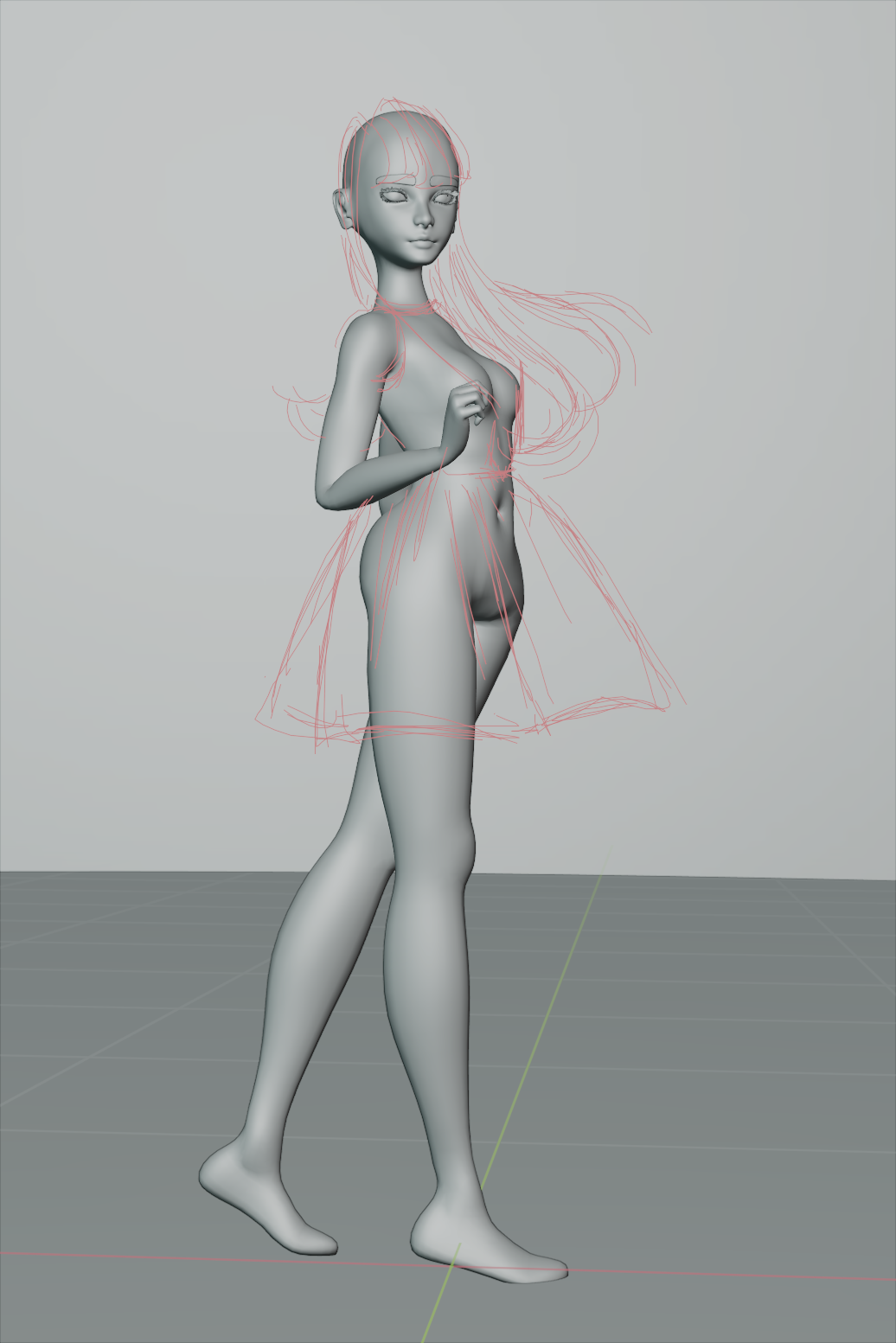 I like to use Blender’s particle system for the hair. I find it a lot easier to focus on a particular aspect of the hairstyle by breaking it up into pieces. I usually start from the fringe and build the hair in sections. 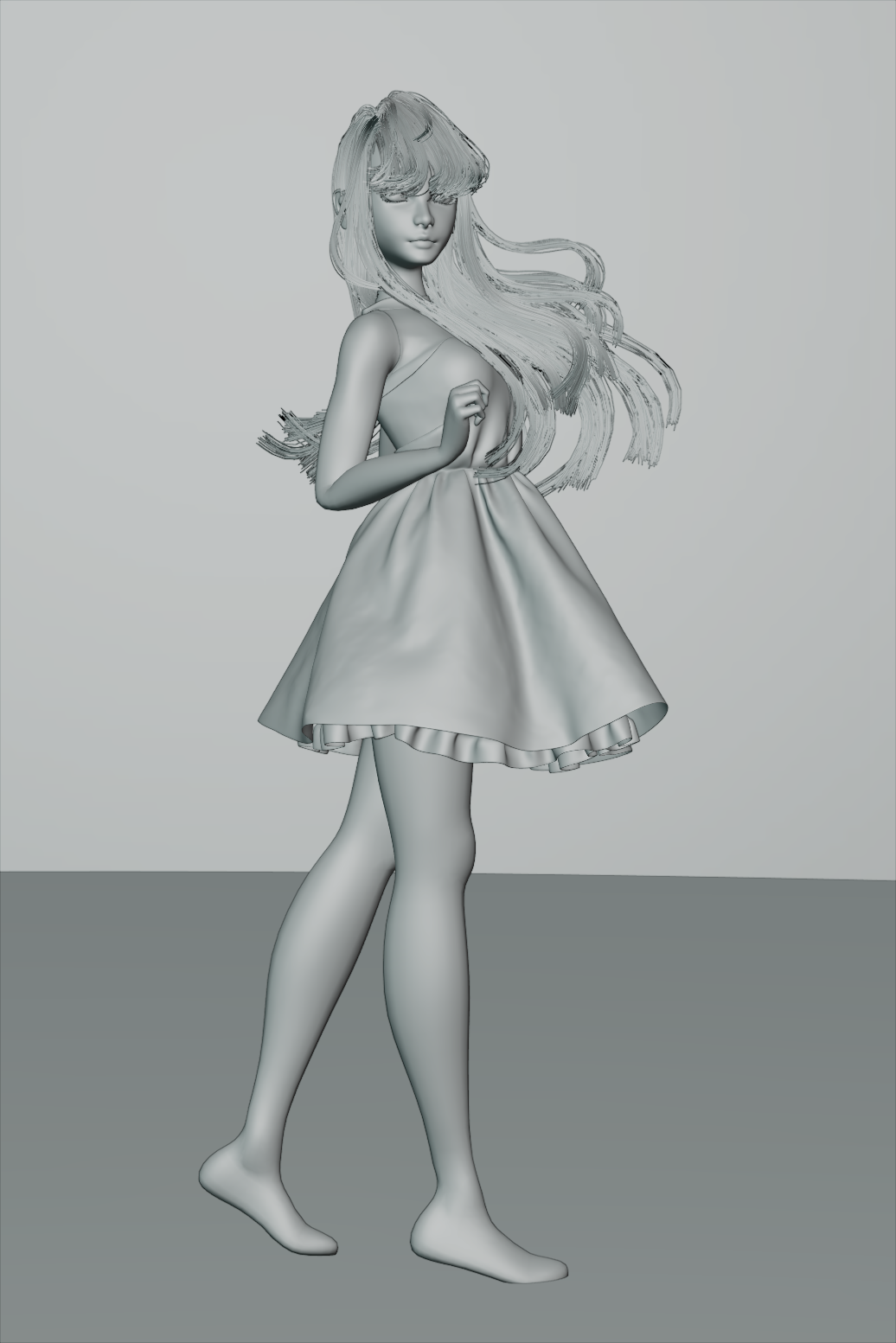 While Blender does have its own pretty powerful cloth simulator, I prefer to use the more specialized Marvelous Designer for making the clothes. With the main objects in place, I start working on the texturing and lighting. For more organic textures like skin, I switch to Substance Painter for some 3D painting. I set up the lighting after I’m happy with the character materials. I usually start by setting the key light with an area lamp. I try to get the eyes some shine to give the character some life. To get some extra glossiness, I mix the cornea material with a glossy shader. Since I was planning to do an outdoor scene for this one, I used an HDRI to fill out the rest of the lighting. This particular HDRI wasn’t very bright, so I also added another softer lamp behind the character for a little rim lighting.

And now it’s time to finish up texturing the rest of the scene and throw in more details.

My inspiration just comes from random things I come across, like a scene from a manga I read, emotions that I’ve felt, or even just the outfit that someone wore one day. Sites like ArtStation are also a huge sea of amazing ideas and talent. My ego shatters into a million pieces every time I browse the trending pages, but that inspires me to try to make something even better the next time!

My current characters are pretty simplistic and standalone at the moment, but I think it will be awesome to eventually make something more cinematic, with multiple characters tied together with a story, with their own fleshed out backgrounds and details down to the pore!

Anyway, thanks for sitting through my ramblings :D 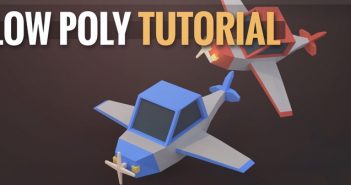 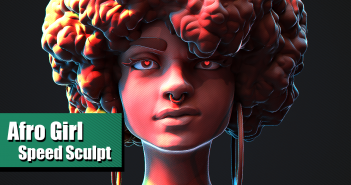