Hello we are weybec, situated in Navi Mumbai,India. Here at weybec studio we basically work on commercial videos, short movies, kids’ educational videos and game cinematics. Our entire production pipeline is open source and we mostly work in Blender.

We (Pratik, Nita, Niyal) started our journey in 3D back in 2006 by learning 3ds Max, Maya and Photoshop. In 2008-2014 we joined a Mumbai-based studio which had just shifted to Blender software, so we had to learn Blender which was the best thing that happened. In 2014 we created weybec studio and our first open source short film was “Monkaa”

In between doing commercial work, we really like to work on our own projects whenever we get time. This year at Blender Conference we had a chance to present our work that was done in Blender EEVEE. For that we created the short movie “Hooka Pooka”:

The actual concept of “Hooka Pooka” was very basic: a chasing sequence between two characters. Initially we were planning to insert characters into the real world with camera tracking, but we decided to make it entirely in 3D. The real inspiration for the environment was a macro world, with character sized mushrooms and big grass and moss around the character.

We used Blender EEVEE for the production. It was really challenging working on EEVEE while it was still in the development stage. In the initial stage Blender was crashing on random clicks. But thanks to all the super amazing developers who helped us throughout the production, EEVEE was much more stable and we had good control. We used to download updated EEVEE versions every day. For the visual fx we used Grease Pencil which gives a really nice 2D effect.

This project had a very short deadline - barely 30 days to the conference. What we had already prepared was just the story. So it was hard to decide what type of characters and environments would be best so that it wouldn’t take much effort to work it out. So for simplicity, the tribal characters were just like little potato heads, but in a funny way. Jack’s character was typical photographer type, sincere and sharp.

The environment in Hooka Pooka is much more like a macro world. So we had to figure out whether to make BG more realistic or stylized. Starting with the main elements of BG grass, rocks, and moss, we modelled one grass strand and animated it a little bit. Then we duplicated it with random colors and animation variation. We imported that grass group into every scene and arranged as per the layout. It was a kind of side-to-side process. Pratik was animating on blank files while Nita and Niyal were preparing the assets.

The ground was a little tricky to make as we could not make different terrain in each scene, as it would take lots of time and effort. So we decided to combine two textures in a way that if the faces were pulled upwards it would show rock textures and in neutral position it would show green moss texture.

At an early stage of EEVEE the texturing part was not stable so we had to texture it in Blender 2.79. We also had to bake all the feather movement of tribal characters because it was not supported as well.

The rig for the tribal characters was a little complicated as we wanted all the movement we could get to make it more exaggerated.

Rendering was the easiest part of the process. Thank god for EEVEE :) Rendering time was an average 10-40 seconds per frame. It took a little bit extra where the character was in close up. But overall rendering took 2 days with all corrections and everything.

We are really looking forward to making more projects in EEVEE.

Pratik, Nita, Niyal, switching to Blender was the best thing ever that happened in our lives :) 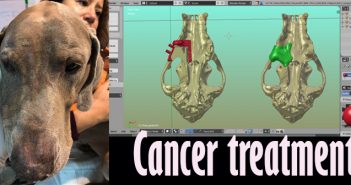 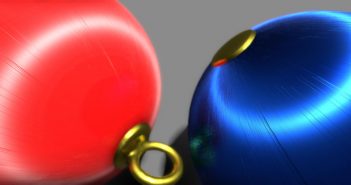