In September 2017 I started developing OrtogOnBlender, an add-on oriented to the planning of orthognathic surgeries that originally correct facial deformations in adults. Its purpose is:

Today, a year later, OrtogOnBlender has been used in a wide number of real-life case studies. Healthcare workers, as well as companies, come to me everyday interested in the software, asking for lessons about the add-on.

I normally teach the basics and then escalate to more tricky commands, but this time something different happened. I was hired by a company that has been using Blender for two years now. Their purpose was to get to know OrtogOnBlender a little more and, then, to get Blender more on the workflow in order to shorten time of digital planning.

This company is PROMM – Industry of Surgical Equipment. Founded in 1993, their prostheses procedures has always been handmade until the Technical Director, Msc. Eng.º Eubirajara Medeiros, began studying Blender. He gradually succeeded in turning the handmade planning process into a digital one. Hence, in 2016, the software became to be widely applied by the company.

The Advanced 3D Computer Graphics Applied to Health Sciences course came at the right time since the process was improved. For instance, the reconstruction of computerised tomography was formerly processed in an external software. Now, the tomography is done only by Blender due to the add-on.
In addition, employees will be now able to accomplish photogrammetry in order to scan the face of patients who would receive the surgical procedures. It will be possible to forecast the post-surgical status and monitor the development of treatment. It is important to crimp that the visualisation of the digital post-surgery is performed and attended only by the medical staff, excluding patient, for ethical and legal reasons.

From now on, the healthy partnership between PROMM and OrtogOnBlender tends to extend the know-how related to automation of reconstruction processes, which include 3D tomography composing, soft tissue dynamics, programminc of Python script for further calculations and everything else required for facial and cranial prostheses design. Alea jacta est ["The die is cast" - ed]. 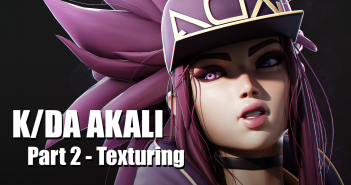