LaVoum - A Haitian song which dives into social-political and moral challenges that we, as individuals, face on a daily basis.

Now with subtitles, both in English and Creole.

All of the assets were designed and created outside of Blender, using Gimp and Inkscape.
Everything was then imported into Blender and UV projected onto separate planes that were then arranged in a 3D.

The lighting comes from lamps and not the objects themselves.

A few modifiers were used, such as : Array modifier, subdivision surface , Waves, and Smooth.
A few constraints were used as well, to limit the location and rotation of a few elements.

The main character was done frame by frame, and was imported into the 3D space.

Each scene was composited and rendered separately, using Blender's compositor. Once exported, the scenes were imported back into the VSE for the final montage. 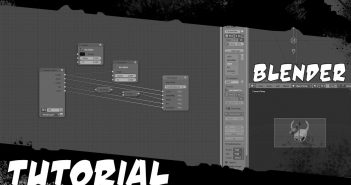