Kicking off our new Meet the Artist series is Jared Owen with a look at how and why he creates his in-depth explainer videos.

My name is Jared Owen and I am a 3D Animator from the United States. 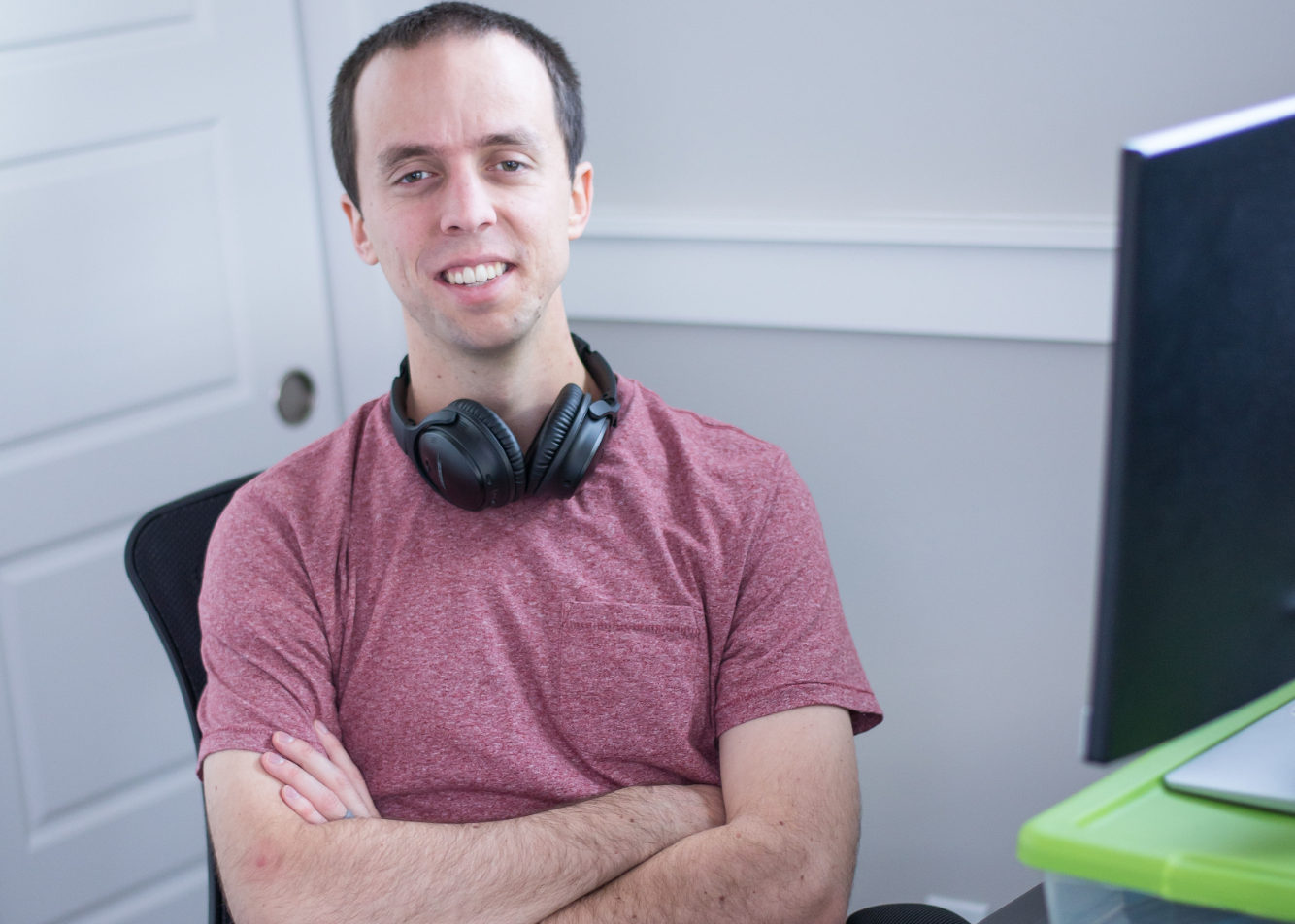 I have been interested in animation ever since I can remember. When I was a kid I made flip books and a few simple animations on the computer, but I didn't really know what I was doing. Fast forward to college and I found out about a free program called Blender. I downloaded it right away, but it was really difficult to learn, and I didn't have a lot of free time. Over the years I spent time learning it on evenings and weekends. As I learned to animate, I wanted to make animations to put on YouTube but I wasn't sure what to animate! I wanted to make something that people would actually search for and find useful. I love learning new things, so I decided to make animations on how things work.

One of my first explainer videos was about the Solar System. This has now gained more than 5 million views on YouTube!

One of my favorite things to do is go to the library and just browse and see which books interest me. I have a special interest in engineering and anything that has to do with outer space. There are many other topics that will also catch my eye. It's neat to combine my animation skills and my love of learning; it's a win-win for me. With each new animation that I posted, I began to realize how powerful this could be. You can explain things with 3D animation that you can't do with just words (or even 2D animation). There are topics that many people would love to learn about but there aren't any good videos about it. I can fill the gap!!

My inspiration comes from a variety of different places. I will walk different places and see what objects I could take apart and animate; toy stores or hardware stores are especially good for this kind of thing. I will think about topics that interest me such as computers, software, or space and see what ideas come. Family, friends, and viewers on YouTube always have new ideas for me. My idea list keeps growing so I have to prioritize how interested I am and also how many views I think the video will get.

When I've picked a topic for an animation, I learn all I can about that topic. Read books, Google search, talk to experts if I can, and watch YouTube videos and documentaries. If it's a physical object, then I will take it apart to learn how it works (such as the Nerf Gun). 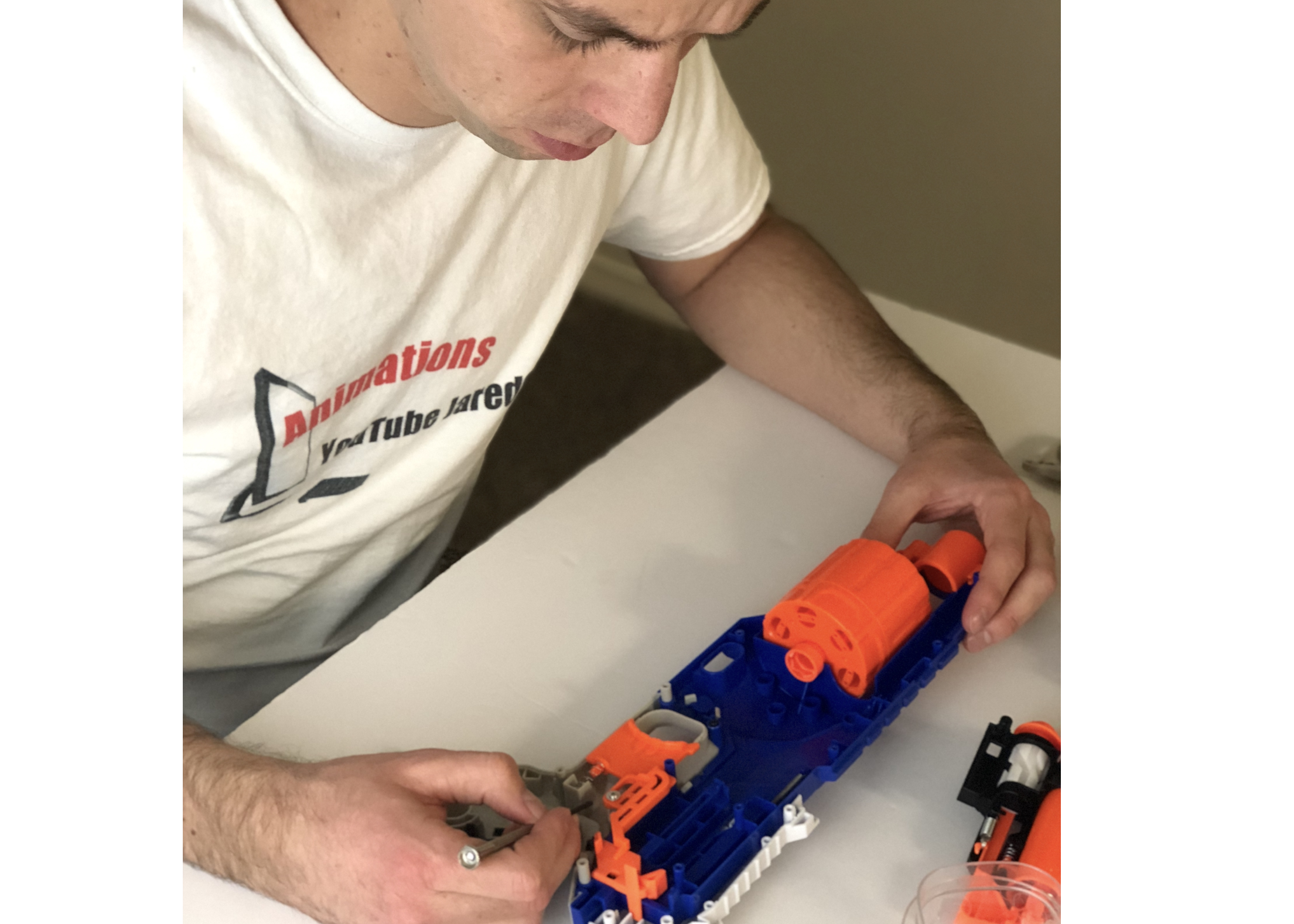 Then I start 3D modeling - this can take a long time depending on how complex it is. I'll write the script and record my voice on the computer. I use Audacity to edit the audio for my video - this is another awesome open source (free) program. The animation comes first - then I will go through and match my voice up with the animation. It takes a while to get it just right. Then there's adding the music, which I usually find in the YouTube audio library. When it's all done then I do an Open GL animation and send it out to a few family members and friends and ask for their feedback. Once I finalize everything then it's time to render! This can take anywhere from 20-100 hours depending on the complexity of the animation. Then I post to my YouTube channel. 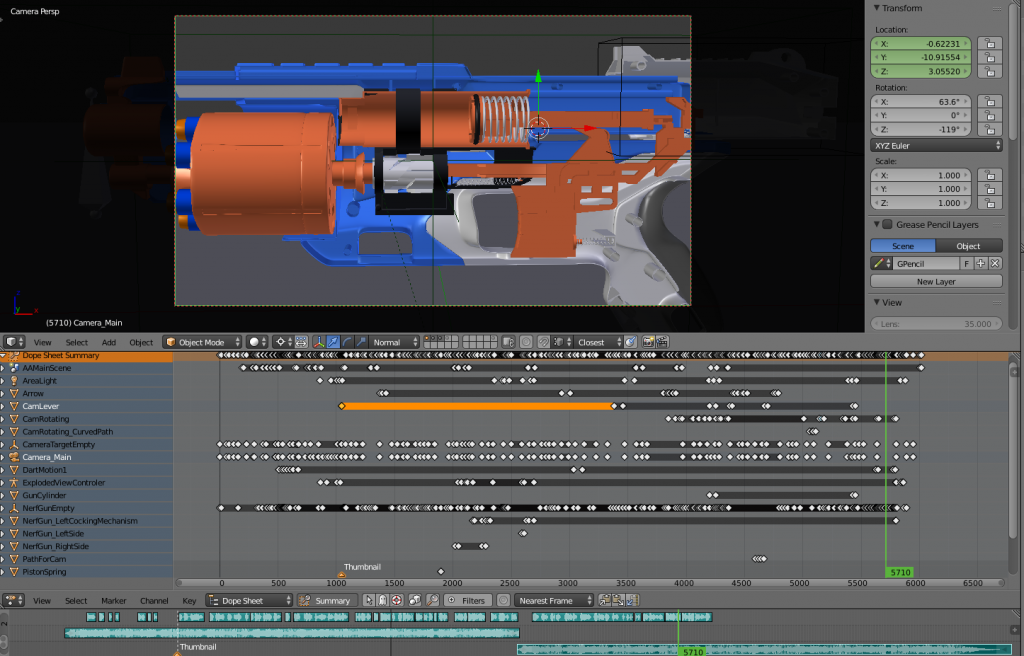 I have a bachelor's degree in computer science which can really come in handy with animation. I use my programming skills to extend Blender’s functionality with Python. This helped out a lot when creating and animating the 88 hammers of a Grand Piano!

I also explore helpful add-ons made by the Blender community. One recent Blender add-on that I've started using is Animation Nodes. It's very powerful for animating complex sequences that would be otherwise tedious to animate. A good example of this is the trees in my recent Buckingham Palace video.

My favorite topic so far is my 3 part series on the Apollo Spacecraft:

These animations took me 6 months to make. It was sometimes difficult to find time for research and animation. My wife and I had our first child shortly after I released the first part on YouTube. At the time I also had a day job as a software engineer so I would get up early in the morning or stay up late at night to keep making progress. When I started the project, I really didn’t have an idea of how much time it was going to take! I thought it was only going to be a month or two at most.

I’ve always had an interest in this kind of thing. Apollo 13 is one of my favorite movies and I wanted to really understand how each part of the rocket worked. You start out with this giant rocket stack and only a small part of that makes it back to Earth. How does that work? So many unanswered questions! I spent hours sifting through articles, old NASA documents and a few documentaries on the different vehicles. I wanted to make sure I got all the little details right but also kept it entertaining for a wide audience; this is sometimes a difficult balance to achieve. I originally planned on it being only one video but it kept growing in length so I decided to split it into 3 parts (at one point I considered making it 4 parts!).

This really stretched the limits of my skill set at the time. I had to do extensive 3d modeling for each part of the Apollo spacecraft and the Saturn V. 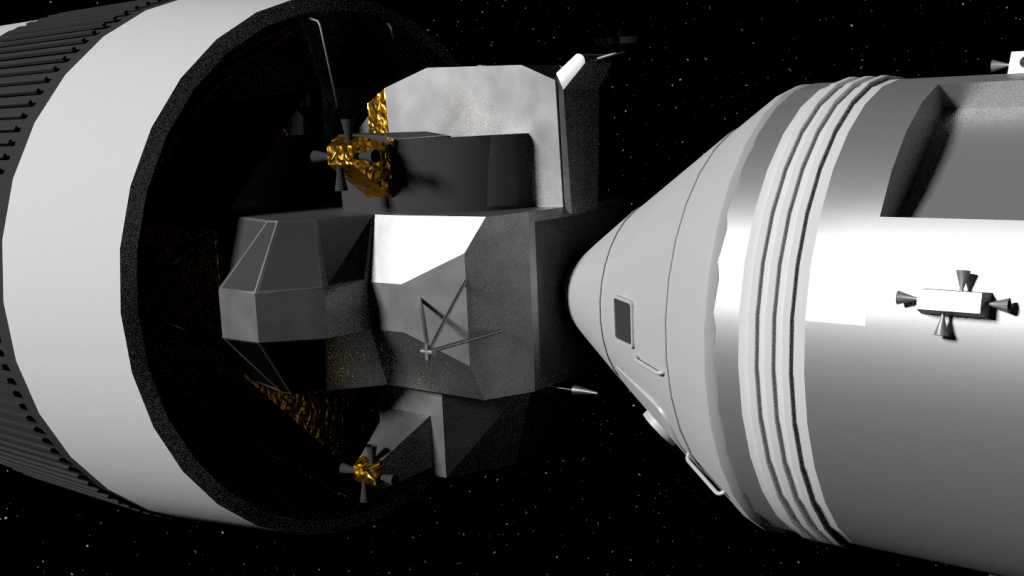 Learn the smoke simulator for the lift off scene:

Show the earth from orbit: 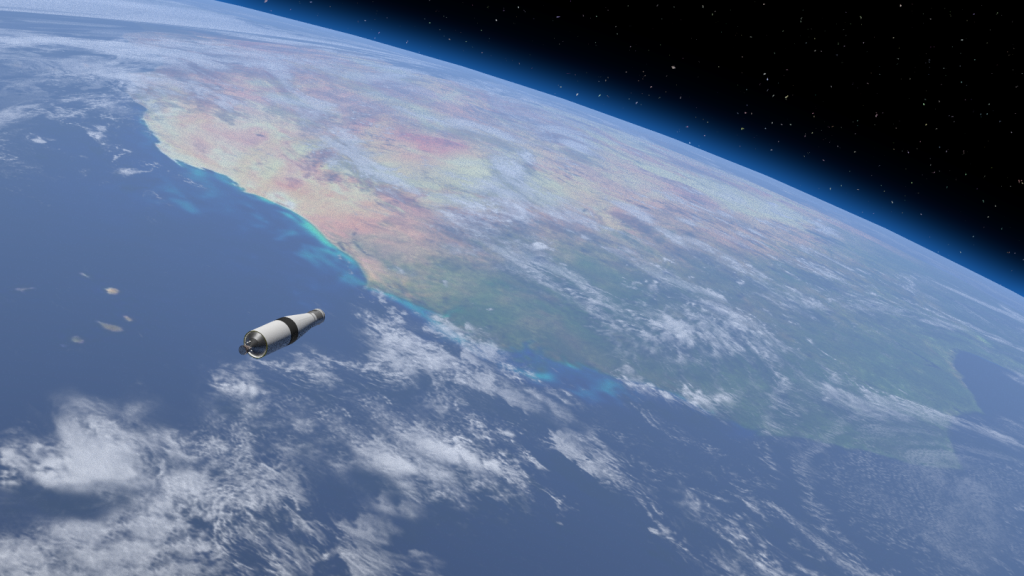 The moon from orbit: 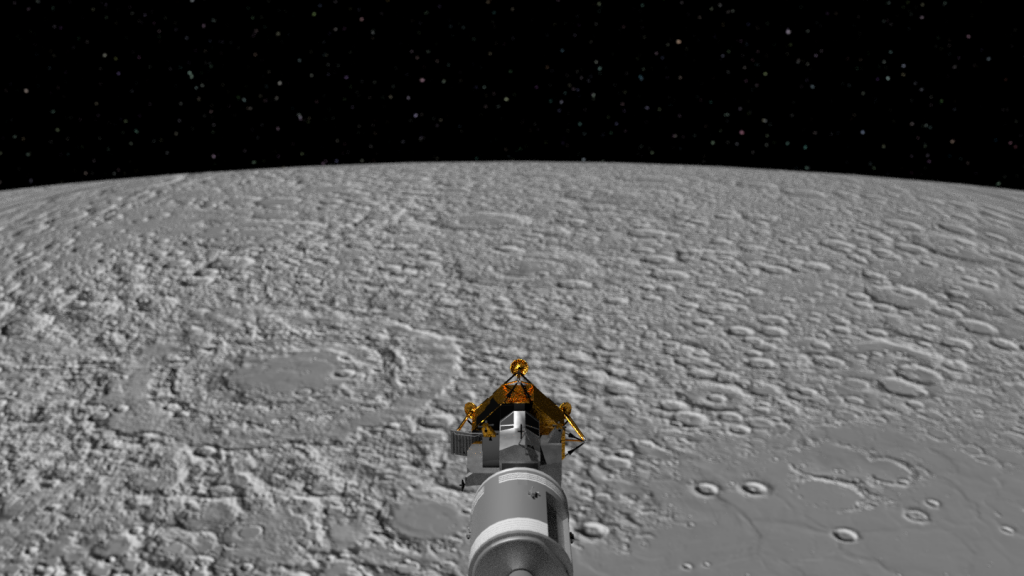 … and let’s not forget about Splashdown into the ocean:

It’s been two and half years since I finished these video and I still look back with good memories. I intend to do more videos like this! The video that I am currently working on is about the International Space Station. I’m going to be going through in detail explaining each piece of the station - this will be a little longer than most of my other videos. I plan to release the video in early to mid December. As I create the video, I will continue to post regular updates to my Patreon page.

Jared Owen, I create 3D animations about how things work. You can view my videos here. 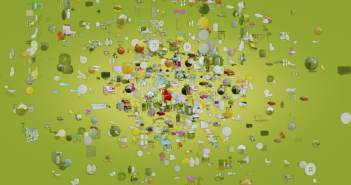 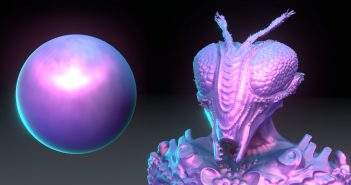 Next Article Using Matcaps with EEVEE