A little about the project

A couple of months ago my friend Guilherme and I created a website called CC0 Archviz, where we release for free 3D models on various formats. We made it because so many people asked us during the last 3 years about the models we use in our architecture office (former archviz studio). We wanted to release them since the beginning but we didn't have the time. When we got a big project we decided to take a break for few weeks but since we can't stay away from CGI we decided to use the time to launch our little project.

After a really long time preparing the models and creating a website focused on usability (on desktop only because it's our main target) we finally put it online. After two months, hundreds of e-mails, some thousands of unique visitors and US$ 32 (split in 2 months) we decided to write an update post for those who are following our work.

The current status and the future of CC0 Archviz

We can't say running an open source model library is a picnic. There is always something to do and almost no time. Most of the people are really nice but there are some people sending us offensive messages every week. Things get rough sometimes. But truth is: we are really happy.

Of course there is the time vs money issue. We got a great number of messages saying that we should create model packs and sell them on Gumroad, Blender Market and other 3D stores. We don't have problem with people doing this at all. As we said earlier, there are tons of people making good paid stuff and this is great. The reason we don't want to do this is because we always wanted to release our stuff for free. I love open source projects and I'm really happy to be running one.

I'm not going to be an hypocrite. Even though we didn't start this for money we need it to make things as we wanted them to be. At the moment we both make enough money to pay our bills, but we can't just refuse paid work to work for free. As obvious as it may sound, things costs money. Guilherme just finished college and has it's bills to pay and I'm going to be a father (I'm so excited!). As you can imagine, releasing models can't be our priority right now.

We would love to have more time to focus on releasing models but it depends on how much support we can get on Patreon.

For now all we wanted to say is thank you. For those who dropped us a few bucks and for those who can't do it but like our work, thank you so much for the last two months. It's a great time for open source and we are really happy for being a part of it. 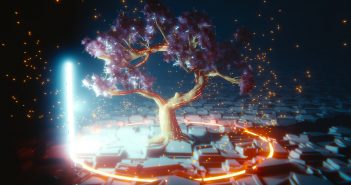 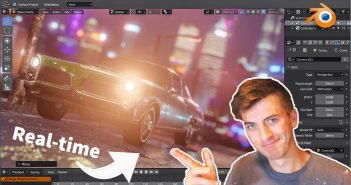 Next Article How to Render with EEVEE - Blender 2.8 Tutorial