I recently talked to the team behind Leonardo Render, a new renderfarm that will initially focus on Blender, and Maya, V-Ray and 3DS Max in the future. They're getting close to their public launch and are looking for Blender users to help them beta test.

Founded in 2017 by a team of good friends and award winning creatives, Leonardo Render set out to simplify and expedite the process of rendering over the cloud. After a year of tinkering, and recently completing a comprehensive beta test, its founders are proud to announce that Leonardo has won the title of fastest, simplest, and most affordable render farm on earth.

Leonardo’s most recent benchmarking has it at speeds 3x–6x faster than its competitors, and interested users can see for themselves at leonardorender.com. Sourcing GPU power from a network of distributed cryptocurrency mining operations, Leonardo tested its capabilities against eleven farms: Amazon Web Services (Renderbot), Fox Render Farm, Turborender, RebusFarm, Paperspace, RenderRocket, Render4you, vsocloud, Render Street, BlenderGrid, and Anima Render. In a bit of a surprise, the Leonardo team found it was only able to actually complete its rendering test task with three of the eleven farms.

Of the eight failed farms, one could not process registration despite numerous attempts from a number of different email accounts, one possessed a registration process so complicated it required a 30 page tutorial, two would not support Blender despite their websites stating otherwise, one had no direct integration with Blender software, and one ran on a plugin that wouldn’t launch on a Windows 7 PC. The remaining farms simply stopped rendering due to ‘unexpected errors.’ Finally two of the three farms that did complete Leonardo’s rendering task produced an incorrect result due to missing texture files.

While only Amina Render managed to provide a friendly user experience, direct integration with Blender, and a correctly rendered scene, it completed the task at both a higher price point and a longer wait time than Leonardo. To compare price and task runtime, the Leonardo team used Blender’s standard Koro and BMW benchmark render scenes.

Rendering time varied from 15–20 minutes for the Koro model and cost over $1 for the three services it took to finish the rendering task. As for the BMW model, it took around 3 minutes to finish the task at a cost of $0.20. Leonardo Render managed to complete these same tasks much faster and cheaper - it took seven minutes to render the Koro model at a cost of just $0.22, and the BMW model took a little over two minutes to render at a cost of just $0.06. In other words, Leonardo managed to successfully render the same projects in half the time or less than all of the other render farms!

If you’re interested in getting your renders done faster and cheaper than ever before, please check out leonardorender.com and get in touch with its team prior to the software’s full launch.

Furthermore, Leonardo encourages all interested parties to participate in its Beta test. For your time and input, Leonardo will offer free and fast rendering! 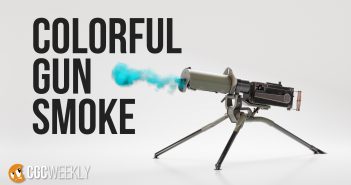 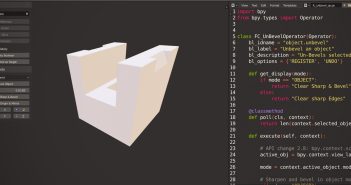