Whether you're making your first car or rendering one for the hundredth time, car design is something you need to understand. After this article, you'll have all the basics down.

For this, you can probably use an already existing car and use that as a reference image. However, making a car from scratch can be fun and good practice too. Here are some guidelines for those bold enough to try it.

With that out of the way, let's talk realism. If you want your car to look real, you should pretend you're going to make this car for real. Now I don't mean you need extensive knowledge about all the physics and engineering involved. You mostly only need the basics, which boil down to shape, wheels, and packaging.

A car is big, so to keep the mileage down it's a good idea to make your car as lightweight and aerodynamic as possible. To get this done you need to realize that cars are made from thin sheets of metal, not solid plates of steel. Because of this, you need to add a lot of curvature to your car. Doing adds strength and makes your car look real. Every part of your car should be curved, from the hood to the windshield. To keep it simple, most cars have their curvature focused along the same lines. For most cars, this is the ground. While you can curve most parts of the car multiple times, the windows should only have one curve. Not doing so will refract the light wrong, so avoid this at all times. 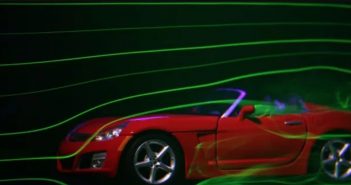 Aerodynamics is something people go to college for, so don't expect to make a perfectly aerodynamic car from the top of your head. For Blender purposes, perfect aerodynamics won't be necessary though, so don't despair. Just imagine how the air would flow past your car like the lines in this photo. The smoother the lines, the better the aerodynamics of your car. Cars almost never have completely vertical bumpers or windshields because of this. Everything is tilted back a notch instead.

Lastly, a car has three defining features. First, there's the shoulder, which is the part of your car that sticks out from the cabin when you look at it from the front. Then, there's the hood, the part before your windshield. The length of this part plays a huge role in your cars character.  Finally, there's the cabin, where the seats are. To get an idea what you want for each of these, I recommend you take a good look around at existing cars and choose what sizes or types you want.

For wheels, there are a couple of things you should consider:

Besides this, car wheels are an area you can use your creativity. It's smart to use radial symmetry here, meaning you make something that is mirrored around the wheel.

Something you definitely shouldn't forget is that a car has an engine and needs to have space for people. You'll have to look up how big modern day engines are, as they're changing rapidly. Once you've got the size, you have to decide where you're going to put your engine. For this, there are four basic options:

You don't have to model the engine and everything, just make sure it looks like your car has the space for one somewhere.

Now for the people. Make sure everyone has enough headroom and fit in their seats. Cars are around 5 ft. / 1,5 m high, a little bit wider and about 3,5 m / 11,5 ft. long. Sizes do vary a bit depending on the type of car you have though, so keep this in mind. 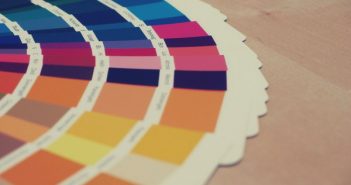 While black cars usually look nice, they don't stand out. A better technique is to use one dominant color for your car, nothing too complicated, then use black and/or silver around the edges and in some of the details to underline that color. You don't want too many colors competing on your car, as this draws away too much attention from the car's details.

If you're doing colors in de node editor, you should pay attention to the "glossiness" of your car. Make the metal of your car shine, while you create some contrast by making the black details of the car matte. These include parts such as your wheels (the rubber) and the grilles.

When your car is done, you're not ready for a render just yet. There are three things you have to add to make your car stand out. Character, lighting, and background.

Every car is special in its own way, even when they come from the same factory and are, on paper, the same car. Sure, a Land Rover looks different from a Ferrari, but that's just the base of your car's character. You shouldn't just stay with the base character alone, as there's probably someone who drives that car. They might not be in your render, but still should be considered. What kind of person are they? Where did they drive the car to? Put these pieces of character into your car by adding small details. This can be a small scratch on the door or a charm hanging from the rearview mirror. All these things make your car look real, so give it a shot and see the improvement for yourself.

No scene is complete without proper lighting. When you set up the lights for your car, there are some things you need to keep in mind:

You can make a car and then give it in a completely black or white background. This is fine, but also not very original. It also doesn't do anything for your car's character, so it's worth investing some time in a nice background. There are a few rules for this: 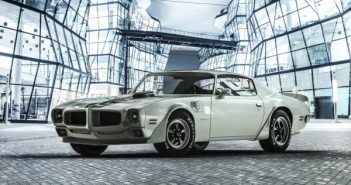 To make sure the background doesn't get all the attention, use saturated colors sparingly and don't add too many details. Put your car in the foreground to make sure it's one of the first things your viewers see. The main goal of your background is to make your post more attractive, so follow the rules for making a good scene.

Your car has to look good with your background. For this, you need to make sure the colors you use in your scene compliment the colors of your car. Take a look at the color wheel and use opposite and neighboring colors to get this done. Another trick to make your car look more at home in its surroundings is to make it interact with them. Throw up some dust or drive through a puddle for an extra bit of life.

The last thing you need to do is make sure your car belongs in your background. Most cars go well with a highway, so that's a safe bet. Being a little more creative gives an even better result, because who doesn't love a jeep in the wilderness or a Honda in the city? Even changing your highway to a dusty backroad can make your scene more interesting.

Now you know what it takes to make a nice car, it's up to you to make it happen. Fire up Blender and get creating!

I’m the owner of blenderer.com, a website dedicated to helping Blenderers reach their full potential. Blenderer has posts on Blender subjects, but is fairly new. If there are Blender subjects you would like to learn more about but aren’t on the website, please shoot me an email at [email protected] 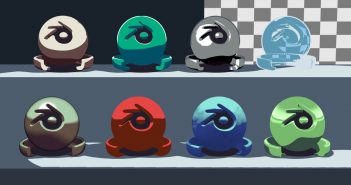 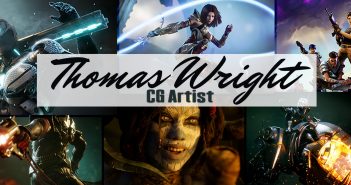