Did you see Lawrence Jaeger's recent fluid video experiments? Today he is back with another awesome Flip Fluids example.

This started as an idea to create an animation of something falling into a tank of water and having the water affect the object, slow it down as it sinks to the bottom of the tank, making use of the Flip Fluids Addon.

For this I started by adding a sphere to a scene as well a plane for the ground plane and made it a passive rigid body. I then added two forces, a drag and a turbulence force. The drag would slow down the sphere and the turbulence would add the secondry motion as the sphere “sank”.

When I hit play now, I had a sphere falling and what looked like hitting a water surface, slowing down and sinking till it hit the ground. Happy days!

I then swapped out the sphere for a head sculpture, added the water using the Flip Fluids Addon and baked the fluid.

I will be putting together a more detailed tutorial/walk through of my thought process on this to be released soon.

But for now, happy Blending :) 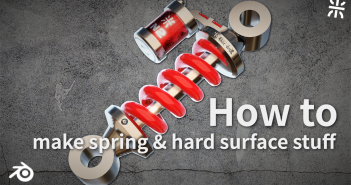 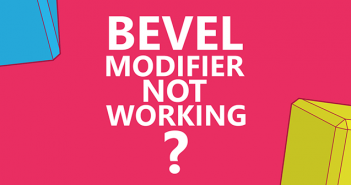 Next Article Bevel modifier not working?