We're thrilled to be able to present a music video we produced in Blender 2.79 for the brilliantly talented Jenny Willett.

For this project, the brief was simple but the execution was quite demanding. In a single take, the video features no less that one million and one sunflowers individually blowing in the wind; each gradually wilting and dying as the song progresses.

How did we achieve it? Well, we had to cut some corners of course. There are actually only about 10 variations of sunflower movement which were duplicated randomly as hair particles of varying lengths and direction. We originally used an armature to drive the animations of the sunflower but we had issues when rendering (I'll come back to that in a moment). In the end, used a number of keyshapes for groups of leaves and petals as well as the head and stem. There is only a single keyframe of animation for any given sunflower and their movement is driven by noise modifiers on the keyshapes in the graph editors; this gives the effect of wind blowing them gently.

Getting them to wilt was again achieved with keyshapes however this used two keyframes (which start after the first chorus and finish towards the end of the song). There are two textures for the sunflower (alive and dead) which change using a mix RGB node in time with the wilting. This was also keyframed manually.

As it stands, it is the longest single shot animation we've produced weighing in at 7730 individually rendered frames. Rendering was going to take one workstation 83 days to complete; our internal render farm could churn it in two to three weeks if it did nothing else, but we're a busy studio and we couldn't afford that kind of workload at this time of year so we turned to a distributed render farm online (SheepIt) and we had the whole video rendered over a weekend.

Using SheepIt presented a few problems, we had to keep the files size under 500mb but internally compressing the .blend helped a lot there. Also, originally the telegraph wires and cables from the windmill were dynamic cloth with wind physics but baking this weighed in at a 1.6gb blend file. So I did about 500 frames of physics, found a frame I liked and applied it as a keyshape. I did the same again to generate a different keyshape and animated these with noise on the graph. This gave a subtle but convincing effect and the file size was back down to 200mb, however, in the final video because of the camera track and everything else happening the movement of the cables is imperceptible. (But I know it's there).

Also, SheepIt doesn't support running scripts (for security reasons, etc.) so the drivers I'd set up to animate the sunflowers didn't work; the everything was static. This is why I turned to keyshapes and manually keyed the wilt and texture values.

There are still a few issues (such as intersecting flower heads) but we're still damned proud of how this one turned out.

Drop me any questions in the comments below and I'll try my best to answer them.

I'm the lead 3D artist at Think Allowed. We're a small Blender based 3D animation and video production studio based in Nottingham, UK. 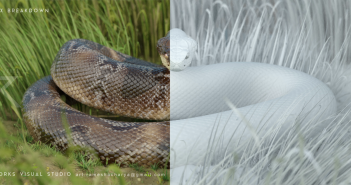 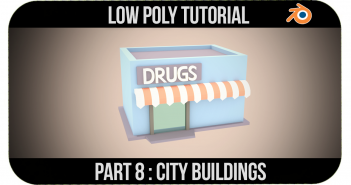