Filmular is a video production company based in Dublin, Ireland.

We used Blender to create a stop-motion styled video for Bloom & Blossom (London) in collaboration with the Roald Dahl estate.

We used the Cycles render engine and simple low-poly objects. The pop-up book was rigged using an armature. Most of the images in the video were imported using the "import images as planes" add-on.

We filmed the hands against a greenscreen backdrop and did the keying/masking in After Effects. AE was also used for some of the 2D image sequences used within the 3D space.

In the Blender compositor we overlaid some real film grain and scratches for an organic feel, with some subtle lens distortion and vignetting. We used 12 frames per second for the stop motion feel (with a by-product of keeping render times down!). We tried to use some of the online render farms but we kept getting errors so we ended up building a small DIY render farm using some of our own computers. We kept to 256 samples per frame at 1920x1080.

This was a fun project with a big learning curve. It was good to move further away from After Effects and use Blender for most of the project.

The smaller book was based on a blend file provided with CC-BY license by Huasm. 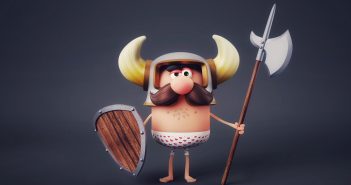 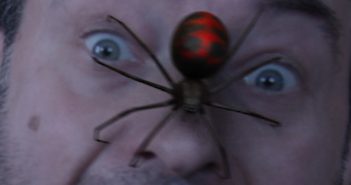 Next Article George the Spider