Hi to all. I am a Venezuelan architect , artist and a Blender user for many years, mostly in the area of Architectural Viz. But, in recent years I have done some works in the world of art, most of which has been done mainly with Blender as a tool. In this occasion I wanted to share with this great community my work, inviting you to visit my blog. Hope you like it.

Recently (last October 2016) we presented the premiere for a musical play at the auditorium of CAF Banco de Desarrollo de America Latina, here in Caracas, by the name of ¨El Insolito Cuento de la Pluma Colorida¨. For this show I made the music and all the multimedia animations for the proyected background. You will find notes, photos and sample images on the blog.

The following notes are from the concept area of my blog, here I try to clarify the general intentions of my work:

Visual experiments with form and color in projectural spaces.

The artwork presented here is within the tradition of Geometric Abstraction . But these visual explorations make use of digital three and two-dimensional design tools and new media, as conceptual and generative means for the production of the works of art.

In their virtual origin within the computer, these forms are of a three, four or multidimensional order, since they can include the dimension of time and aditional spatial deformations as products of diverse projections and reflexions of light.

The 3d forms translate into diverse 2d projections, which are condense for the observer‘s perceptive experience in many ways, as static or dynamic media, becoming the final result.

My artwork is based on the creation of geometric worlds, where linear, planar and volumetric forms fuse into patterns of ambiguity between figure and background. Transparencies and reflexions contribute with this fusion of form, where some figures scape this vague ground and distinguish themselves from the rest as protagonists of spatial choreographed dances.

A world of lightness, without gravity, filled with concordance and discordance, meetings and flights, colissions and detachments, all being captured by the virtual traveler, the witness in a plastic-poetic instant.

A hidden intent in my work is to disolve the limits of the plane, the canvas or wall, making these hard factual surfaces disappear into and endless imaginary space, which is sugested but not depicted. Opening expansive visions for the imagination, amazing landscapes that would offer the observer a new and fascinating visual and even corporal experience. 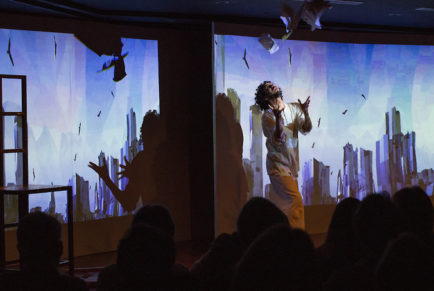 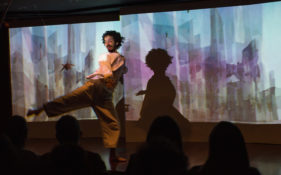 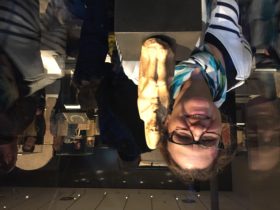 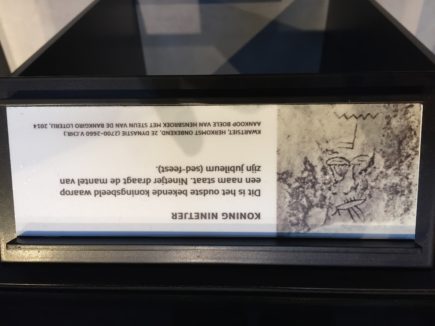 Diego Peñalver Denis Architect, 1984 graduate from Pratt Institute, Brooklyn, New York. In 1995 establishes his independant professional practice in Caracas. Since that time, he has been involved in a variety of projects in the fields of architectural planning and design, interiorism , 3d modeling, illustration and animation, and threedimensional art. His early years as a student at Pratt and as a young professional, surrounded by the intense cultural life of Manhattan, have molded his lifetime interests and personal inclination for the world of design, the fine arts, music and urban culture. In the last few years he has increasingly venture in the creation of visual art, and has started to formalized his activities in the field since 2010. The recently executed multi-murals proposal for the 7th floor of the Banco Exterior headquarters in Caracas, and his ‘ Tríptico ‘ (three vertical piece) entry for the FIA-2013 art festival in the same city, are samples of his recent work, in which he exploits the use of new technologies. The work of this artist is intended to be a contribution to contemporary art, by using conventional and non conventional digital and technological tools in new, critical and creative ways. 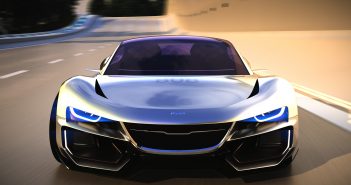 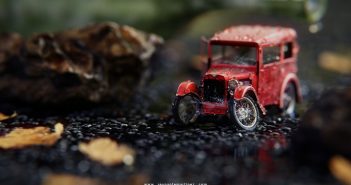 Next Article Breakdown: After The Rain