Here are some very cool VFX that aired on a swedish Christmas show!

We at Magoo did the postproduction/vfx/cg for last years (2016) Christmas-calendar tv-show on swedish television. 13 minutes every day from 1st to 24th of december.

It is called “Selmas Saga” and is about a small girl (Selma) trying to find Santa Claus. Being some sort of Fairy-tale we had to add a decent amount of “magic” (as in particles, smoke, clouds, lights, etc, and a full CG Airship) to make the story come to life.

Why am I telling you this?

Because we used Blender for some of the shots and maybe some of you might be interested…
So here we go:

First of all I wouldn’t have used Blender if “Dwarf Labs” didn’t release their Alembic patch at that time. I always tried to integrate Blender into my daily work, but always had trouble getting data in and out from/to other applications.

The other big thing for me is Blenders openVDB support, that made it possible to export smoke simulations to other renderers (Arnold and VRay in this case).

So my personal Blender-Coder of the year is Kevin Dietrich who implemented openVDB and turned the alembic-patch into a solid feature!

Some additional information to the video:

We created a texured highpoly mesh of the set by using Autodesk Memento (now ReMake) and a ton of pictures to feed in. Basically I just copied parts of the wall and sculpted/deformed a bit to extend the original set and added some ice and icicles to it. Because it was early on in the project with still lots of time to spend I decided to set it up for rendering inside Blender. Wasn’t my best decision, because renderlayer, material-overrides, masks and stuff is a real pain to setup and maintain and really really sucks.

Also I was pretty happy to be able to use our OCIO Aces-cg configuration, but finding that many nodes don’t work as expected when using a custom config was quite a bummer.
E.g.: Since Cycles can’t access vertex groups I gave each vertex-group a different vertex-color value to use in the material nodes...but the values got messed up and it soon became a trial&error and no-idea-why-this-works-now-i-better-dont-touch-it mayhem. Really looking forward to 2.8
I could (and did) rant for a long time, but at the end it was still more fun than working inside 3dsMax (for me at least) 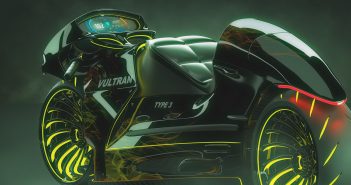 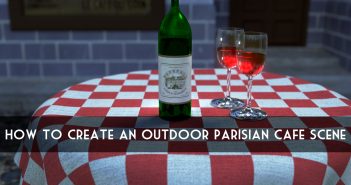