Blender Sensei gives an update on the status of his "Zero Brush" add-on. 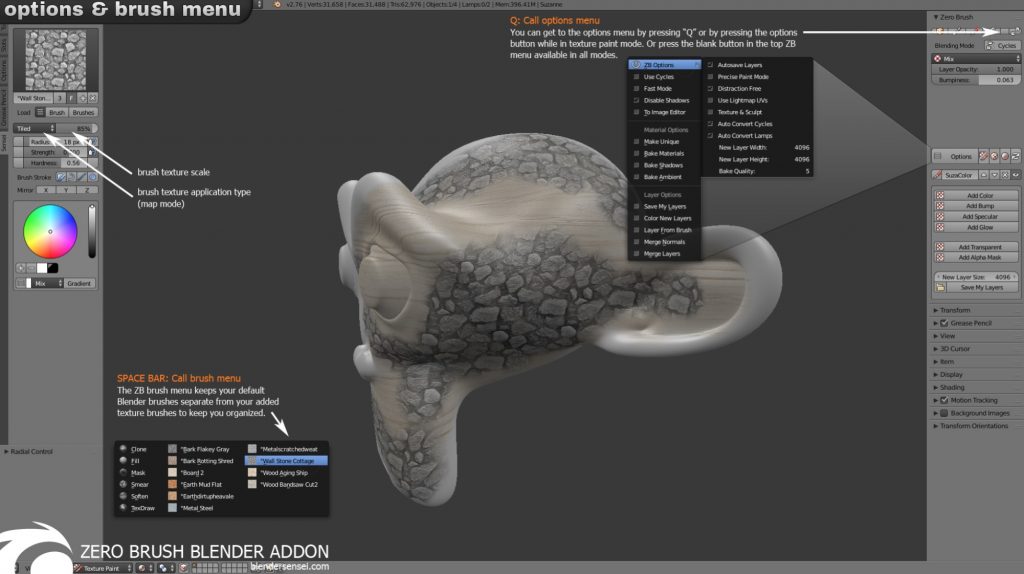 Zero Brush presents the user with a simple menu allowing them to press a button to begin sculpting, creating particle hair, or texture painting in either Blender Render or Cycles without having to set anything up. Materials, uv maps, images, textures, node setups and settings are all automatically generated where needed with Zero Brush. Any asset that already exists is first checked for and used if found to ensure assets aren't wasted or overwritten. Materials created with Zero Brush can be instantly switched between Blender Render and Cycles, giving the user the best of both worlds during the design process. Blender Render materials (even those not created with Zero Brush) can be auto converted into Cycles materials with the full version of Zero Brush. This is especially useful when importing other file types into Blender such as .3ds or .obj from other 3D model download sites, and then being able to instantly render, edit, and paint those imported assets in Cycles. Note that the auto-conversion refers to uv mapped texture images for Blender Render materials only (basically things you're going to paint on). Zero Brush does not have the ability to convert procedural textures into Cycles texture nodes or anything.

Zero Brush takes liberties to ensure the most advanced visual, and gpu settings are active in Blender where available. Obvious things like material viewport shading and GLSL mode are used when texture painting. Most options like these are activated by default but can also be disabled in the Zero Brush options menu. Other settings such as brush sample sizes are automatically adjusted when switching between different brush types to ensure a smoother experience while painting. The full version of Zero Brush also grants one button material baking in Blender Render and Cycles, instant normal mapping, bump and normal map merging and layer merging, instant texture brush creation with settings available for specific brush types such as stencil or decal, brush hardness slider, simple exporting and saving options and more. After baking, Zero Brush treats the new baked materials, ambient layers and normal maps just like any regular paint layer to be blended, painted on or repositioned in the layer stack. This combined with the ability to auto switch between Blender Render and Cycles gives the user a huge amount of artistic freedom (and the ability to shave time off their project by baking layers in one render engine, then editing them in another). 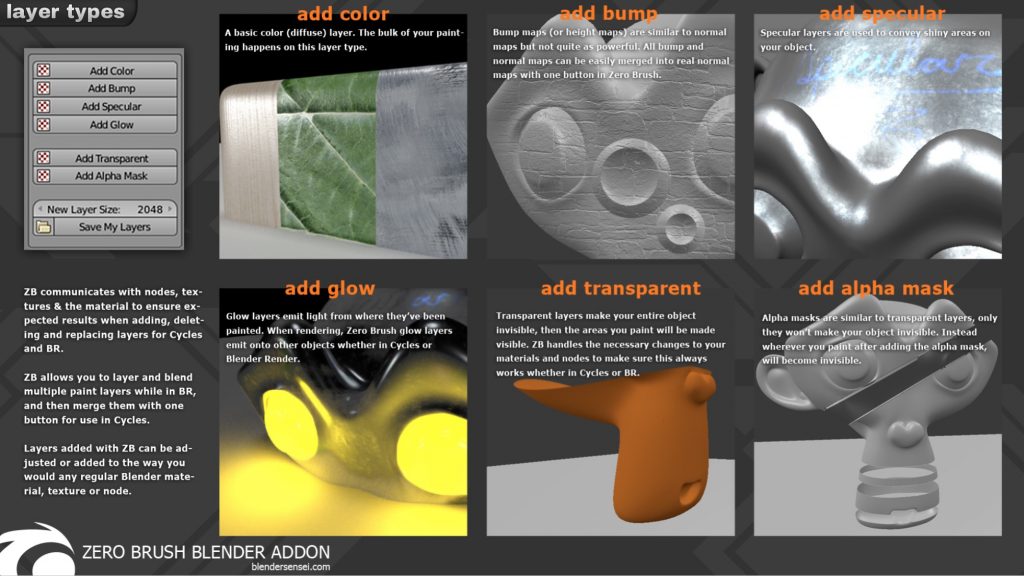 Zero Brush works contextually and intelligently. Most of what Zero Brush does is done behind the scenes so you can stay focused on creating cool stuff. The full feature set of Zero Brush is massive and amazing. A free, lite version of Zero Brush is available with Sensei Format (sort of like a suite of addons which is also free... it's this whole thing dude... you can learn more at blendersensei.com). The paid version of Zero Brush (like all commercial addons from blendersensei.com) can be used with or without Sensei Format. To learn more head to this page and download the manual to take a closer look.

There is also a full playlist dedicated to Zero Brush. Some of it is a bit dated (a new version reflecting all the ZB awesomeness is in the works). You can watch it here:

I make tutorials for Blender at youtube.com/blendersensei. I also create addons to make using Blender easier for artists. Check it out over at blendersensei.com 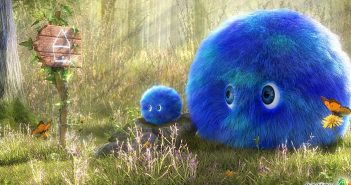 Previous ArticleCome Back To Home by Rudy Michau 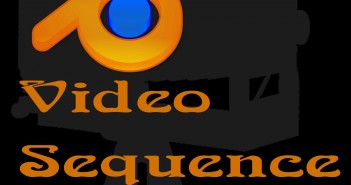