The Dead Fox On The Road is a French folk band, who just released their first EP album.

I got the chance to direct the following official music video for them, and gave in to a little nostalgia by using only public domain archive footage from old NASA missions, and of course, the video was completely edited with my favourite Swiss army knife, namely Blender!

Blender was used for everything in the edit: color correction, grain extraction and refuelling it to heterogenous video sources, adding (almost) "black" stripes where old footage had some accidental tiling, reversing image left right or top bottom when it better suited the grammar of the edit...

The video got selected by Les inRocks among their eight clips of the week.

Stay tuned because, something tells me this journey is not over yet ;-) 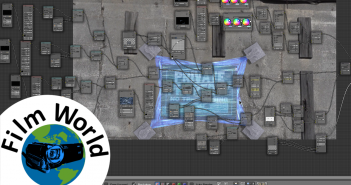