I see a LOT of 3D in archeology recently and find it fascinating. Nicolas Schimerl used Blender to reconstruct an ancient site and prepare it for a virtual tour. His colleague Gerald Raab from Crazy Eye prepared the 3D scans below.

Hi, my name is Nicolas and I am an archaeologist using all kinds of 3D software for the documentation, hypothetical reconstruction and visualization of archaeological data, ranging from small sherds of pottery to rather large sites.

I want to share with you a recent project I was involved in: the Hamadab3D - project carried out by the German Archaeological Institute (DAI) and funded by the Qatar Sudan Archaeological Project. I was asked by a colleague, Gerald Raab from Crazy Eye, to take part in the project as an independent researcher and 3D artist. My job was to transform the raw data created by the DAI into an interactive virtual environment.

So, what is Hamadab? It’s an archaeological site near the ancient capital Meroe on the eastern bank of the Nile, reaching the height of its outreach during the Meroitic Period, which is approximately from the 3rd century BC to the 4th century AD in absolute dates. Hamadab was a densely populated settlement, featuring – among others - a large temple, complex buildings, fortifications and industrial areas.

As always in settlement archaeology one asks oneself what that place might have looked like. I want to emphasize that last point: we can never reconstruct an archaeological site we only uncovered the foundations and little parts of the rising structures of. But we can make assumptions and create possible versions of how it maybe could have looked like – and this was my job in the project.
The raw data I received from the DAI was completely remodelled in Blender in order to have a clean, structurized topology usable for future refinements of the models. Further steps involved the generation of UV maps and an initial material setup that was adapted later on in Unity 3D. After this rather time consuming step the real fun followed: exporting each and every model to Unity and recreating the ancient land- or rather: cityscape.

At the current state of work the user can walk through the whole city and can enter most of the buildings enclosed by the large wall. My hopes for the future are the integration of the actual excavation data in form of interactive objects as well as a redesign of the now very low-poly models in order to capture the settlement in a more aesthetic way.

You can find the virtual tour (and of course a ton of information regarding the site, 3D models of parts of the excavation and lots more) on our website.

I really appreciate your comments and feedback! 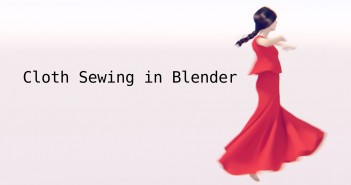 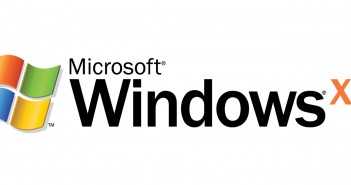 Next Article Blender 2.77 will drop support for Windows XP