Josh Rudder created a 47-minute video on the history of writing. I invited him to tell us more about it.

I've been using Blender for all of my video projects - everything from core animations to final edits with the VSE. But my recent 45 minute animation on the history of writing really opened my eyes to how strong an all-Blender pipeline is for underpowered artists working alone.

Earlier this year, I set out to build the art and animations, record the audio, score the music and do the post/edit work for the project. All on my trusty little laptop. That’s where the challenges and constraints started adding up. I could launch into so many small problems that others have solved with more elegance and ingenuity, but I prefer to reflect on the three thickest walls I hit.

The story had an ambitious reach. It called for a stylized but immediately recognizable world full of historical characters and miniature versions of ancient cities. Aesthetic fixtures ranged from Korean palaces to Maya palapas to Egyptian pyramids. Still, the world needed a cohesive theme that matched the overall topic (ancient scripts).

The solution was obvious: go the NPR route. Applying shadows-only materials and customizing layers of inky Freestyle lines let me focus on expressive line art rather than fuss with materials and textures. That choice shaped meshes, making geometry exclusively about showing lines, light and shadows. It added continuity between the "text" (sometimes fonts, sometimes shape-shifting meshes) and the rendered world. It also allowed the uncommon dose of added color to accent the visuals or mark a narrative transition.

My laptop was my tightest shackle. Blendering, rendering and editing had to be done on the move with a light machine, reduced keyboard and a touchpad. I’ve learned from better artists that creativity doesn’t stop at the software level - I honed my custom hotkeys and got faster on that trackpad. And rendering… oh, rendering…

In a way, this constraint was another result of my limited hardware. Rendering was my biggest bottleneck. I struggled to find ways to keep this laptop charged and cool, especially at one point when it spent 10 days rendering. What I didn’t expect was the extent to which rendering would shape my design choices. Most dialogues between characters were scrapped, as were more elaborate action sequences. Seconds count, and they count for an exact number of frames, something I was acutely aware of at every step. This meant squeezing lots out of every expression, key moment and camera movement to ensure the world never felt lifeless. My later self hated me, but, just like in big-budget productions, the cheapest option was often to leave things underdone, move on and “just fix it in post”.

My biggest takeaway from these constraints was managing tradeoffs in real-time, without much second-guessing. How much should I worry about defocus artefacts? How much motion blur to I need for this shot, and can I get away with Vector Blur? How much should I rebuild geometry to keep Freestyle from outputting sloppy or flickering lines? Do I have so little bone or shape movement that the world looks lifeless, or so much that render times are preposterous? For me, Blender made these decisions swift and snappy.

With a team and more processing power, the answers to these challenges would have been very different. But there’s a certain charm and, looking back, a nice amount of content pushed out from being stuck with these constraints. 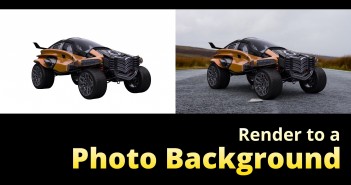 Previous ArticleHow to Render onto a Photo Background 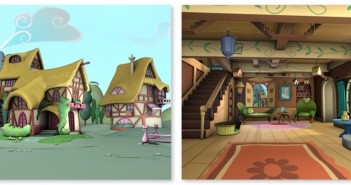