Two amateur art critics meet in a gallery and argue passionately about the pieces they see, causing chaos for everyone else, until finally they find a piece on which they can agree...

After Cosmos Laundromat was finished, four team members remained at the Blender Institute in Amsterdam to work on a short story. I haven't covered this project enough here on BlenderNation! They're now getting closer to the completion of the project (it will premiere at the Blender Conference in Amsterdam in October), and I talked to Beorn Leonard to learn more about Glass Half.

Of course you can follow the entire project on the Blender Cloud - they even have dailies that you can watch! I highly encourage everyone to become a member and support the Cloud and projects like these! 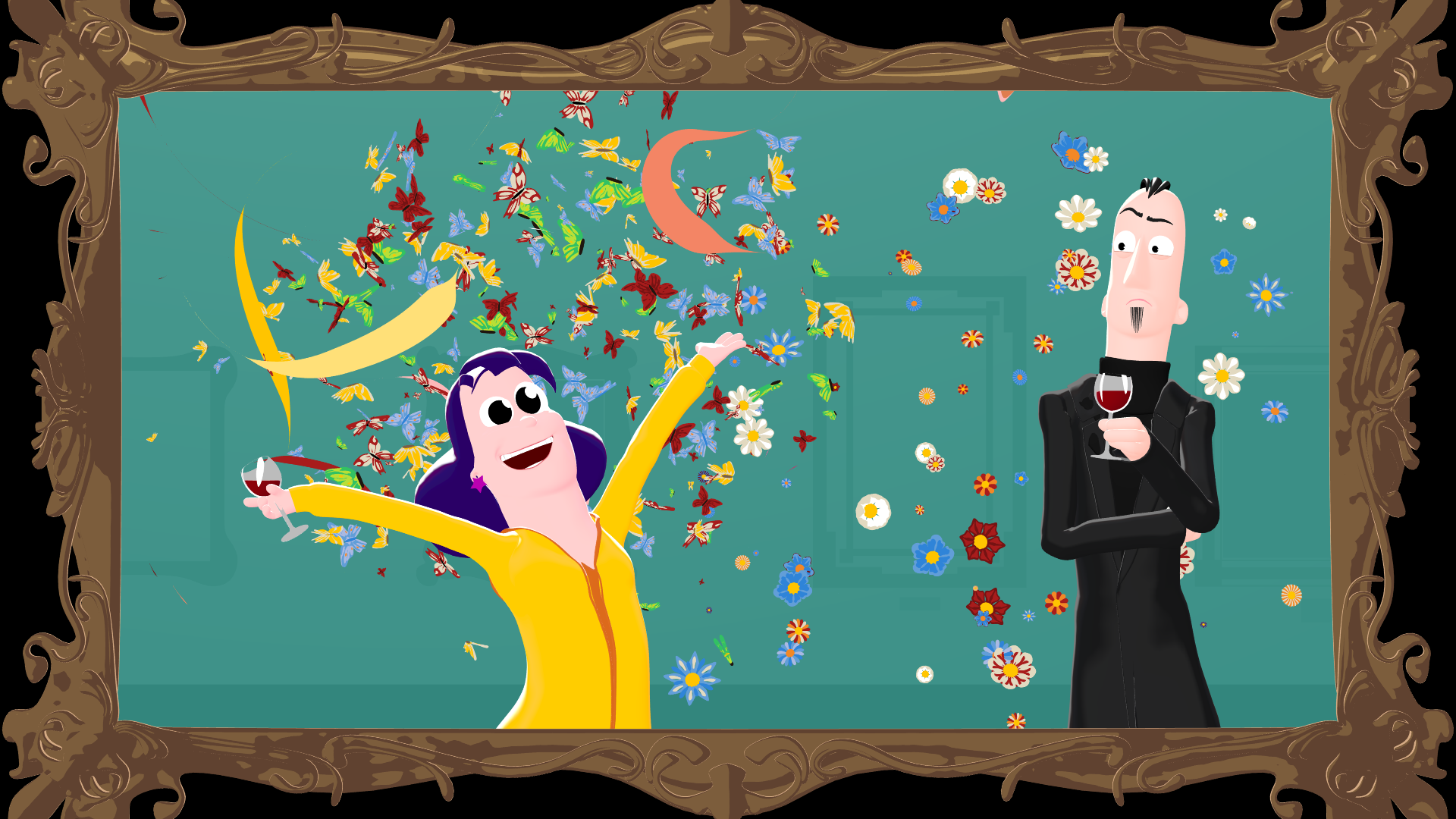 Who are on the team?

The core team of Glass Half is:

Pablo Vazquez joined them earlier this week to help with work on motion graphics. I assume crunch time has started! 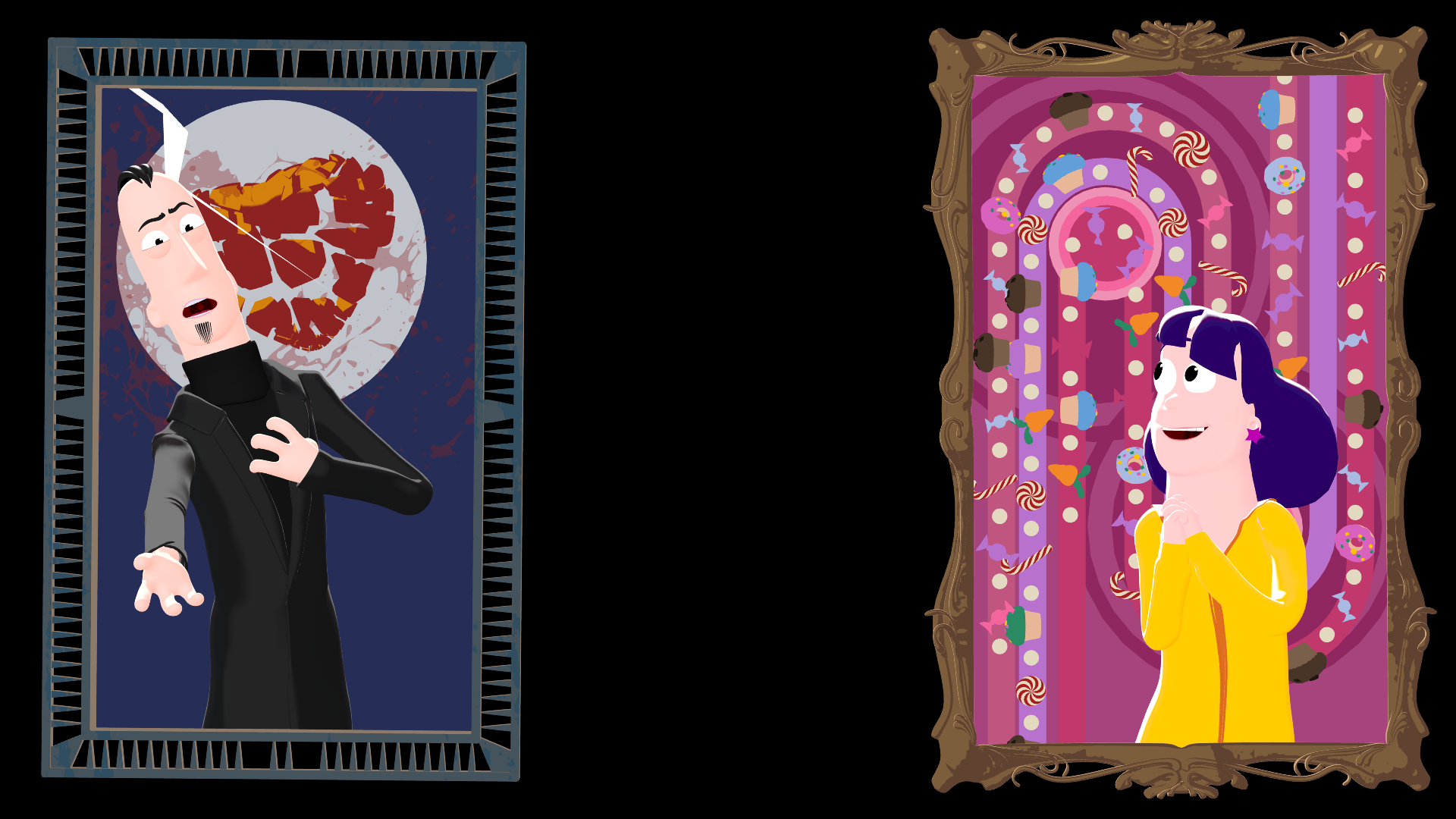 How did this project start?

I've been getting together with Hjalti fairly regularly for the last year or so to toss around short film ideas. Over the course of this time I developed 3 or 4 very rough ideas for scenarios (and Hjaliti has also been developing some of his own). During Gooseberry, we decided to make it more formal; a few of us started holding weekly story meetings outside of work hours, just for fun. We would do improv exercises to get the wheels turning and then we would all pitch and discuss our own ideas for stories.

Through this process I chose Glass Half as the most achievable of my ideas and was able to flesh out the basic concept into a more complete story.

Then I put pencil to paper and started drawing some *very* basic story boards. The frames were very small (8 to an A4 page) and the characters little more than stick figures. This is a good way of seeing if you can clearly communicate the story in a simple form. No need for character designs or extra detail (yet).

Then with my rough storyboard (which still had holes in it) I pitched the idea to Ton, who saw potential and gave me the green light. (yay!)

What are the goals of Glass Half?

Unlike the larger Open Movies by the Blender Institute, Glass Half does not focus on developing new tools. The project is is about the art, although their approach is refreshing: the entire movie is done in NPR (Non-photorealistic rendering) - and it is rendered using OpenGL! This means rendering will be FAST and you might be able to run the movie on your laptop (if you have a nice graphics card).

Here you can see Andy's 'NPR Viewport' where he's creating the materials for the movie: 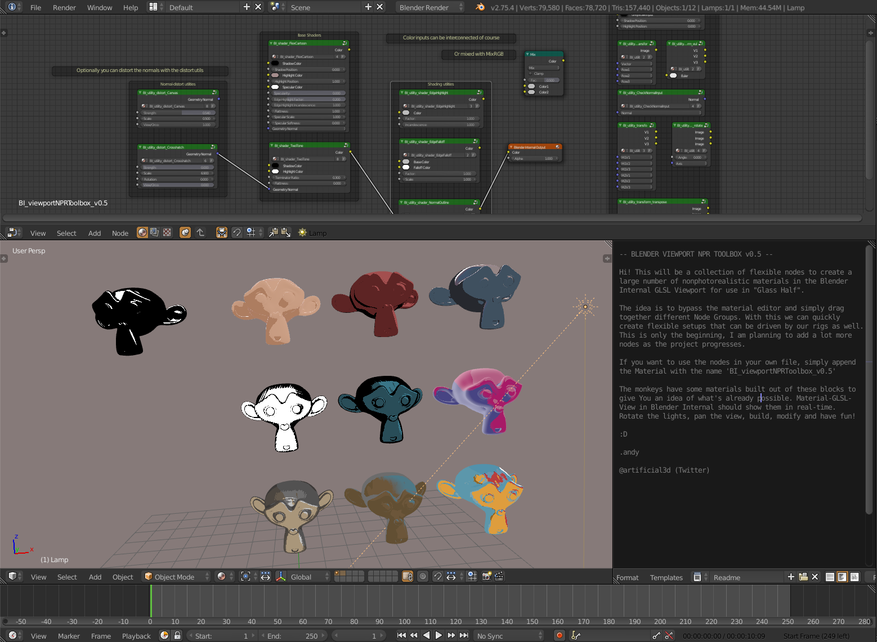 This one is more in the neighbourhood of Caminandes than Cosmos Laundromat; a smaller production mainly using existing tools that aims to provide useful tutorials and assets while once again demonstrating that it is possible to make an entertaining short film on a low budget using Blender. Also, the style will be unlike any previous BF open movie, mainly due to the NPR approach. Hopefully cloud subscribers will find it worthwhile, I'm certainly going to do my best to justify their support.

What will the project deliver?

The development goals are modest. There will be developers on staff, but the main focus of this project will be about story, design and animation. I'm hoping to generate some assets and tutorials for the cloud which can be easily re-used by the community to make new shorts. Also, there's the new flexi-rig, which will largely be created using existing tools, but may require some extra development.

What will happen next at the Blender Institute?

I November the Blender Institute will start production of Caminandes three. Pablo, Francesco will be working on it and probably more people.

And now it's time for a preview, enjoy! Don't forget to visit the Blender Cloud to follow this project. 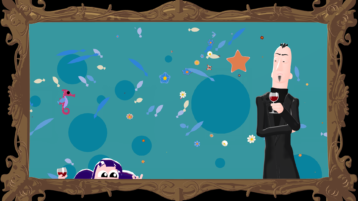 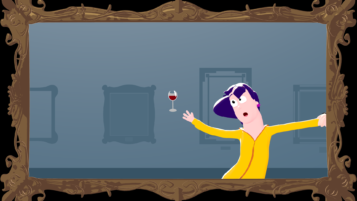 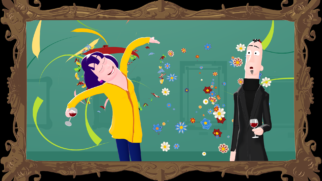 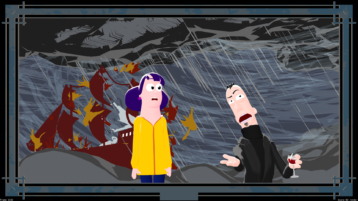 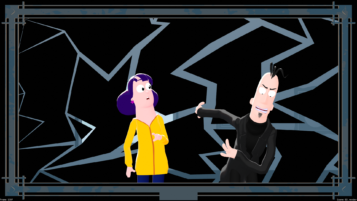 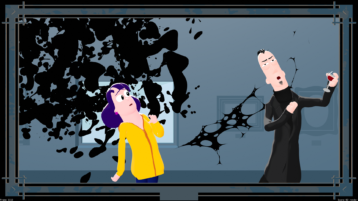 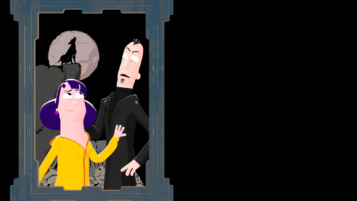 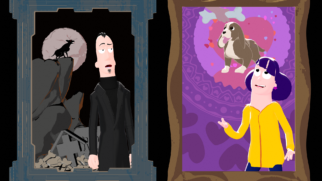 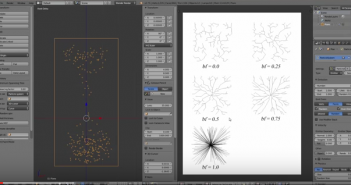 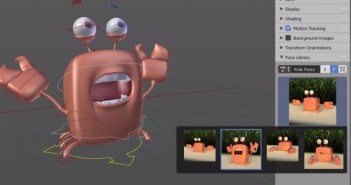