Pack Publishing just released 'Blender 3D By Example', a new Blender book by Romain Caudron and Pierre-Armand Nicq. They use four projects to guide beginning Blender users through all the key functionalities. Pierre-Armand tells us more about their book.

We wanted to write a book that covers a complete workflow with Blender through practical projects. As theory and practice can't be dissolved we did our best to explain the why behind the how.

There are four projects, the modelling of a robot toy, the sculpt and re-topology of an alien character, the creation of an haunted house scene and the production of a short animated sequence of 30 seconds.

In this last project, we focused on the rigging of a bipedal character, by going through the constraints and the skinning process. We then explain the principles of animation along with the tools that Blender offers in order to animate ten shots. Lastly we give an introduction to composting and video editing in order to polish and complete the film.

Overall we go through a lots of tools and techniques such as modelling, sculpting, UV unwrapping, texturing with the texture paint tool, rendering with Cycles and BI, fur, rigging, animation, composting and video editing. We wanted to give the readers all they need to create their own 3D projects by understanding the 3D pipeline and not only applying learned patterns.

If you want to know a little bit more about ourselves here are the bios that are inside the book :D

Pierre-Armand Nicq started learning how to generate 3D images with Blender 2.4x at a young age. He is really passionate about all types of multimedia creation and uses Blender for projects such as 3D images/animations and games. He codes in different programming languages, such as C/C++, C#, AS3, JavaScript, and PHP, to create games and other kinds of programs.

Pierre-Armand loves to share his knowledge. This is why he founded a French YouTube channel. It has more than 9,500 subscribers and 200 tutorials about 3D and programming. Currently, he is in his fifth and last year of school at IIM (Paris/La Défense).

During his free time, he loves to play jazz music, participate in GameJams, and perform card tricks.

Romain Caudron is a French 2D/3D artist. He is a cofounder and CG artist of Main Digitales, a new video game studio in Montpellier in the south of France, and he specialises in virtual reality. Also, he is an assistant to Patrice Stellest, the Swiss contemporary artist.

Romain has had a mostly self-taught career, but he received a master's degree in cinema and game design from Paul Valery University, Montpellier III, France. Then, he studied 3D animation using CGTrainer. His interest in hacker culture and open source software led him to start working with Blender in 2012.

Before this book, in 2014, he was a reviewer on Blender Cycles: Materials and Textures Cookbook by Enrico Valenza. 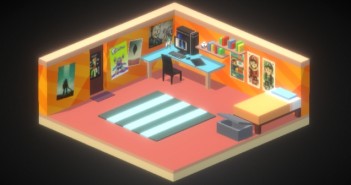 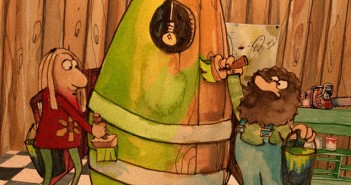