Nobuyuki Hirakata made a collage of Katsushika Hokusai’s works in Blender, and added several CG effects.

This is a paper cutting artwork in 3D. The images are Katsushika Hokusai’s print series “36 Views of Mount Fuji”. I cut some of them and put it all together in one picture, which I call “one view of Mount Fuji”.

I imported the images as planes, then cut them along the edges by knife tool in Blender. I used cloth simulation for hanging cloth on the bridge. And I also used smoke simulation for smoke near the mountain.

The reason why I used smoke is to make arcs go toward the mountain Fuji. There are many arcs to the mountain in this picture: the wave, the bridge, the edge of cliff, and the mast.
Since I wanted to make one more arc for the composition, i added the smoke near the mountain. 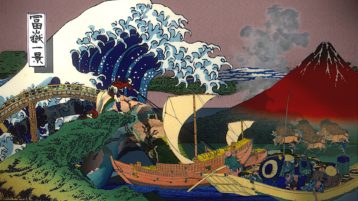 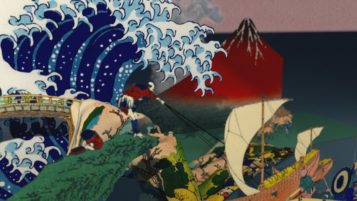 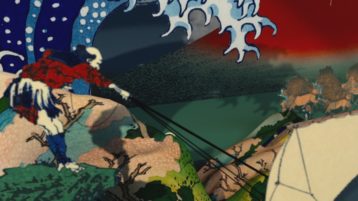 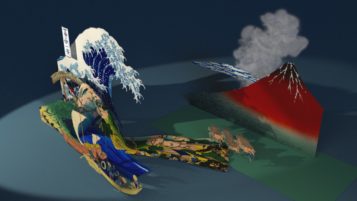 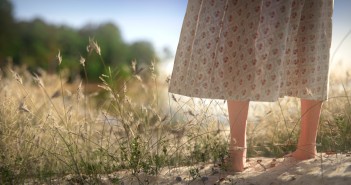 Previous ArticleImage: Day at the Lake 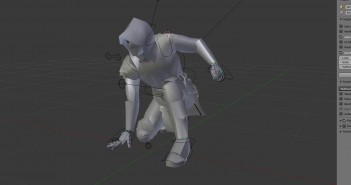 Next Article Modifying a Rig to a New Character