Here's a truly amazing story of surgeon Dr. Mike who created a 3D printable reference model of a patient's splenic artery. This allowed him to explore the surgical procedure before the actual operation. Using low-cost techniques in healthcare, all on his own initiative? Dr. Mike is my hero!

This is a great example of the power of open source software to make a difference. Blender isn't just for art and animation - apparently it's now a tool alongside a surgeon's scalpel.

Dr. Mike wanted to save a woman's spleen, which had developed aneurysms that normally mean it has to be removed. Nobody seemed to know how to do it. Her spleen's artery was particularly curly, making it even harder.

In his own words:

"I invested hundreds of hours testing free and open source software packages to see if they could be used to generate the detailed 3D printed splenic artery model I needed. I eventually found that a combination of the software packages Osirix and Blender, the latter of which is typically used for computer animation, would allow me to design a detailed anatomic model from my patient's CT scan. I could then use the low-cost online 3D printing services Shapeways and iMaterialise to actually print my models. I paid for everything out-of-pocket.

When the models arrived in the mail I couldn't believe it. They were precise full-scale replicas of the patient's splenic artery. ... I was able to get all of the trial and error done in the model, something that otherwise would have taken place during the actual procedure. ... I brought the 3D models into the operating room as a reference, and referred to them many times during the procedure. All of the preselected equipment worked beautifully, just as it had in testing. "

2 years later and the woman is fine. Pretty amazing stuff. 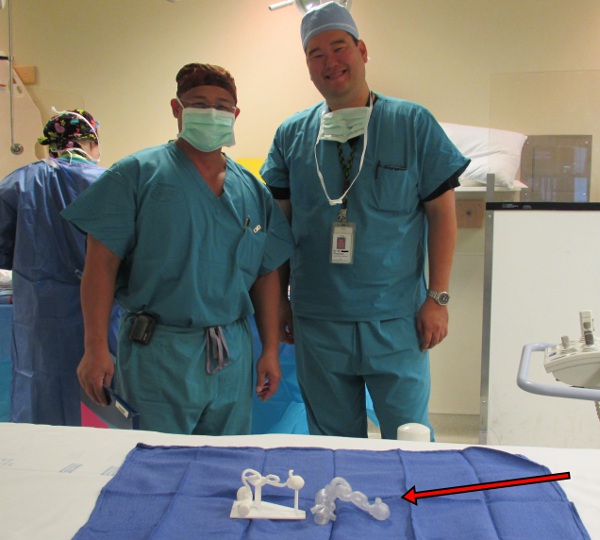 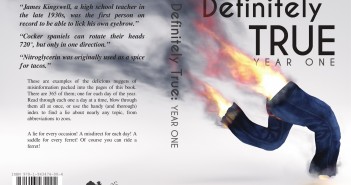 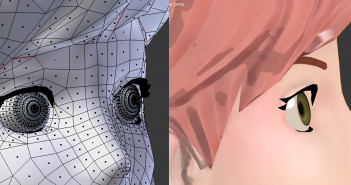 Next Article Behind the Scenes: Nausicaa