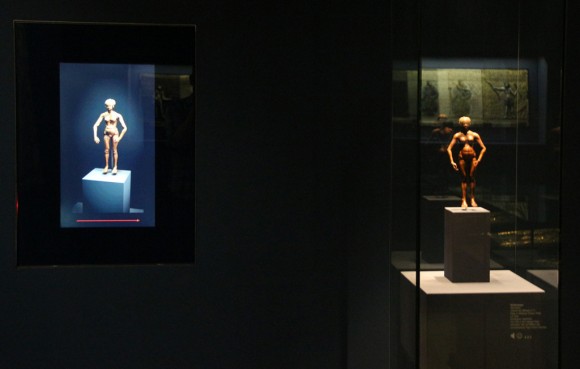 Sebastian König has digitally recreated an almost 5 centuries old figuring for the GRASSI Museum für Angewandte Kunst in Leipzig. Starting with a digital scan, Sebastian created a model that allowed the museum to understand how the figurine used to move - something that is impossible to test on the real model.

Here’s a little story of how Blender was used to reproduce a medieval figurine as animation as well as 3d print for the GRASSI Museum für Angewandte Kunst Leipzig (museum for applied arts).

So now, thanks to Blender, there are 3 manikins at the museum. The original, the animated one and the 3d printed replica.

The original figure, which is on display at the museum, has been created in the year 1525. It is made of wood, with strings inside to keep the limbs together. It was once possible to pose the figure and use it as a reference for drawing and anatomy studies. The detail is astounding: even though the complete manikin measures only 22,5 cm, it was once possible to move even the toes and fingers. Now, of course, moving the figurine runs the risk of breaking it, as it is more than half a millennium old. That’s why the museum exhibits the manikin in a fixed pose. 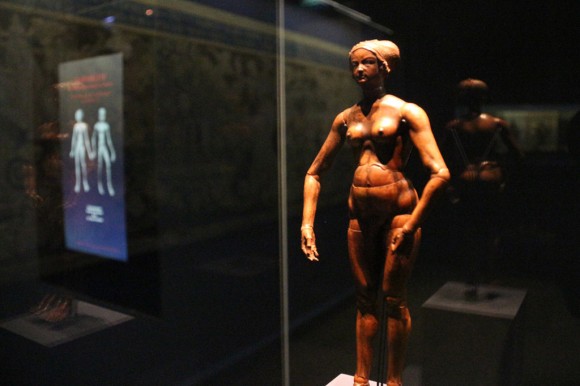 In order to find out how it was constructed and built inside, Prof. Dr. Klaus Bente at the Leipzig University, in cooperation with Graduate Conservator Christian Jürgens at the GRASSI Museum für Angewandte Kunst, scanned the manikin with a computer tomograph.

Demoing the rig at the museum was a lot of fun [...], being able to move for the first time, they liked it a lot.

The resulting 3D model made it possible to see the inner workings of this figure. But to really find out what poses and movements might have been possible for the manikin the mesh had to be cleaned and disassembled into separate parts. That's when Professor Bente asked me to clean and rig the mesh in Blender. The point cloud that had been created by the computer tomography scanner was incredibly dense. First I had to decimate the mesh using MeshLab before I could import the resulting OBJ into Blender to further clean the mesh.

Once I had every piece of the manikin as a separate object I used Rigify to create the rig and created a wood shader for Blender Internal. Demoing the rig at the museum was a lot of fun. They had no idea what you can achieve with 3d, but seeing the manikin in Blender, being able to move for the first time, they liked it a lot. That's when they asked me to do a little animation, showing the manikin in the vitrine, coming to live and jumping off its stand. Of course that's maybe not really scientific, but it's a nice illustration for the visitors that the manikin is not just a rigid piece of carved wood but could actually be moved.

The animation is now part of a film that presents some facts, scans and images of the manikin and its history and is displayed next to the vitrine with the manikin.

Since October the manikin is also exhibited for a while in the Städel Museum Frankfurt within the Albrecht Dürer Exhibition’’ until February 2014. They made an app with additional infos and videos for iOS and Android, and they used the animation in the chapter about the manikin.

But since I already had all the 3d data, I thought it would be nice to actually try to print and rebuild the manikin so you can actually touch, move and pose it. The Grassi Museum agreed to that and so they commissioned me to produce a 3d printed replica of the manikin. I prepared the meshes and made them manifold objects with nice hollow shapes inside so I could put strings in there. I printed the 55 single pieces of the manikin as SLS at rapidobject.com in Leipzig.

The white SLS material has a nice feel to it and is surprisingly robust, not fragile at all. And I was really happy that after tying all the pieces together with Nylon strings it actually worked! And the nice people at the Grassi Museum were amazed as well. Because now they can test some hyptheses about the manikin. For example they wondered why the manikin has such an enormous butt. Well, turns out, it allows the puppet to sit, even though the limbs cannot be moved far enough so it can sit upright. But thanks to her rather large lower part she can sit nice and stable. And with this 3d print they can now prove it! :)

So now, thanks to Blender, there are 3 manikins at the museum. The original, the animated one and the 3d printed replica. If you want to find out more and see the original manikin, visit the GRASSI Museum für Angewandte Kunst Leipzig. Leipzig is always worth a visit anyway! :)