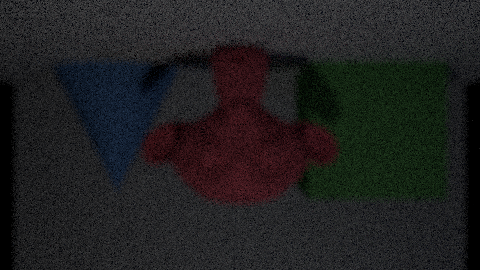 How physically accurate is Cycles? Ben Simonds performs a baffling experiment. Anyone up for a double-slit setup? Hah :)

Not much to look at is it? But it was an interesting experiment. The idea was to push cycle’s physical realism to the absurd extreme of building a pinhole camera in blender. A pinhole camera has no lens or aperture, instead the light just passes through a small hole in the front of the camera, and forms an inverted image on the camera’s back wall (this is why the image above appears upside-down). The construction of a pinhole camera is very simple – it’s a box with a hole in one side, so I figured that because Blender now has a physically accurate ray-tracer in the form of Cycles, it was probably possible to build one that worked in blender.