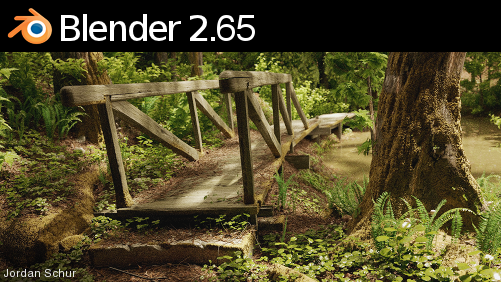 The Blender Foundation has released Blender 2.65. Major improvements are:

There's much more, so be sure to check the release log!

The Blender Foundation and online developer community is proud to present Blender 2.65. We focused on making this the most stable release in the 2.6 cycle yet, fixing over 200 bugs.

Fire simulation was added along with many improvements in smoke simulation. In Cycles, motion blur, open shading language and anisotropic shading support was added. For mesh modeling, the bevel tool was much improved, a new symmetrize mesh tool was added, and new Laplacian smooth, decimate, and triangulate modifiers are available.