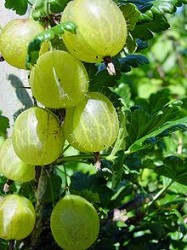 Time to reveal next project code name: Gooseberry! The feature film, executed by Institute + small studios around world together. 2012-14?

Yes, that's right, the project *after* Mango will be a feature film, produced all over the world.

In related news on Mango:

Worked on pre-pre-production for project Mango... potential funding is close! Amsterdam film academy might help. Project can start in sept