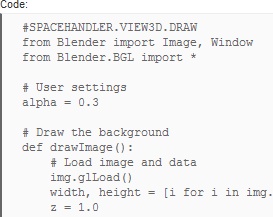 Farsthary is making progress on his 'unlimited clay'

Hopefully he can commit his work soon.

nazg-gul: is working on allowing modifiers to work with sculpt (No link )

phonybone is working on a particle buffer recode which should allow animated emission rates and much more customized emission features. He is also working on a made a node tree type info struct as proposed in the node code a generic type struct for node tree to get rid of the explicit NTREE_*** stuff it will make node code a little cleaner and easier to read

Here are the status reports

Konrad had some health issues this week.  Hopefully he will get well soon.  He did make some progress on stroke unification work.

There is also a  request for svn server upgrade SVN is on version 1.6.11, the server is using 1.4.3.  This would make merging easier.

a coder familiar with X11 would be appreciated to help tackle X11 drag and drop?

Brecht is working on hair

Campbell is working on automating hair+cloth simulation's on the renderfarm.

To render the whole film should take between 15-20 days