Animux (designed to be an animator's operating system which is a customized linux distribution) was used to run the machines in the Blender Booth at Siggraph 2009. We thank Ton, who gave us this opportunity and made suggestions to fine-tune Animux to meet the needs of animators around the world. 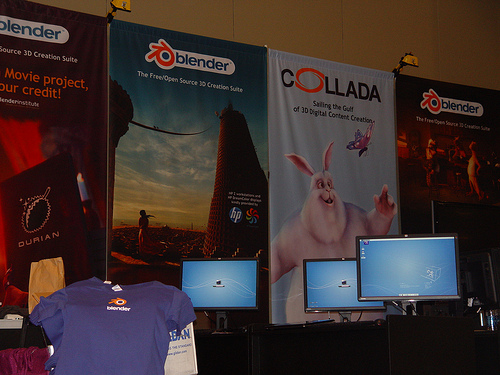 At the booth, Animux Version 2.0 tremor 64bit (Beta) was installed on the HP Z600 series machines with NVidia quadro video cards which where used for the duration of Siggraph. We are looking for testers for the Beta version. (mailto: info (att) animux (doott)org). The Animux V1.0 Genesis stable is available for 32bit/64bit. Animux is also available for the old mac. PPC architecture.

Some of the key features of Animux

This is the 2nd year Animux has been at Siggraph. We had a good BOF this year, where we premiered the preview of our short "Prince Harming to Prince Charming" (http://ph2pc.animux.org/). We also showed Oversaturated (http://www.handturkeystudios.com/) a 5 minute animated short directed by Jason Van Gumster which was done in 48hours with a global team of animators. We used the "easy to build"Animux Caseless Rackmount Renderfarm using just the Animux liveUSB (animux installed on a USB stick) to set up the render farm. 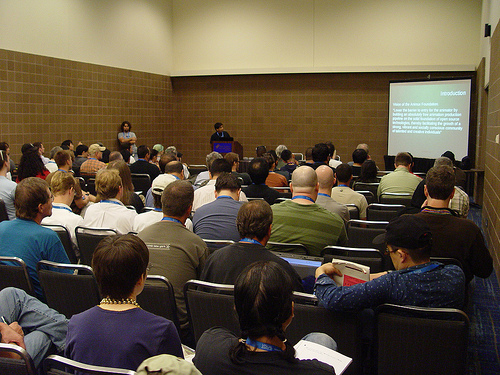 Pictures from the Animux BOF

Bassam Kurdali, Jason VanGumster, Paula Decanini addressed the gatherings on the demands & identified the opportunities for an animator using an Open Source Pipeline. 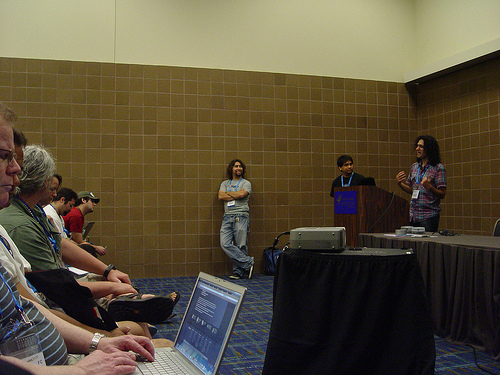