Andrew Schomin and 6 friends are in the process of developing a game using Blender. The game is for the Computer Gaming Entrepreneurship Competition from the university of Texas at Dallas.

"The audio engine was written from scratch and once we get better game play videos up you will see it's done quite well. If we win the competition we receive $35,000 to further the development of our game. Most of which will be put into arcade cabinets containing the game(Since blender is free and all), and other hardware type investments. Arcade cabinet are part of our business plan which is a section we are judged on in the competition."

There's a promotional video for the game here and a picture of the arcade cabinet in development below.

"You can't tell from the promo video but the game is a music based multiplayer fighting game, and as you fight, you must execute your attacks in time with the music. The defense system forces you to play original melodies in each combo, and as a player begins to over take the other, the music shifts toward the style represented by that character."

The team also has a facebook page for the project. We got an update from the team and unfortunately they didn't win the $35,000. But its still great to see Blender being used for game contests and for such a unique and interestingly themed game, goodluck to the team completing it. 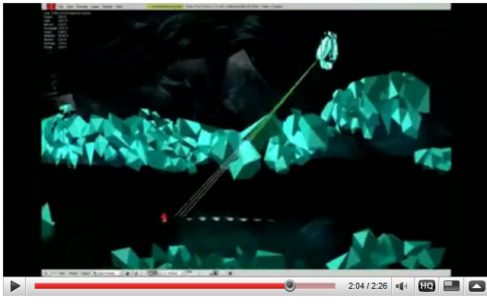 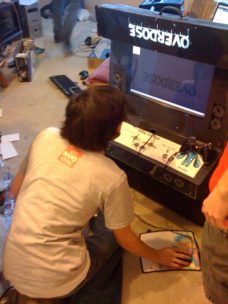 Previous ArticleUpcoming trainings at the Blender Institute, Amsterdam
Next Article 'Against Another' - Community movie project based on Big Buck Bunny