From the Durian Project production blog:

Yes, it's about time! The third open movie project had been lined up to start much sooner, but more urgent work (Blender 2.5 coding) forced it into the future. After all, it's the purpose of the team here in Amsterdam to test and improve the 2.5x versions significantly!

Now we intend to start up September 1, delivering a result around March/April 2010. Durian is an Asian fruit, ugly and smelly but delicious. That's a perfect code name for a movie project aimed at adolescents mostly; with an epic fantasy theme with lots of action, monsters and a girl hero! 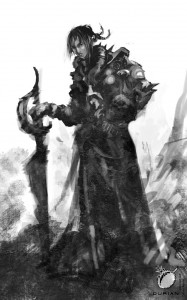