The last time I've written this kind of article (preview of a really promising game under development) that didn't had an happy ending (too bad, it was a really good looking game); three months later time to write something about Club SILO (CS from now on) has come and hopefully, since the game is in an advanced phase of development, this time we'll see the finished product (I feel a little like Tutankamon, I've to admit it).

CS will be a fast driving simulation with really good looking graphics, an arcade driving model mixed with some real phisics, computer controlled adversaries, an original soundtrack, different car models and some really crazy racing tracks (what about those death-loops and "jump through that giant advertising billboard" obstacles?). An interesting aspect of the gameplay is the bonus system and the fuel management; yes man, your roaring racing monster will stop biting the asphalt as long as you'll run out of fuel and fail picking up those nice yellow bonuses floating over the track here and there (which will restore the fuel amount, of course). 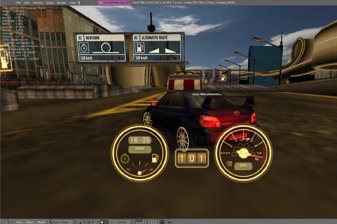 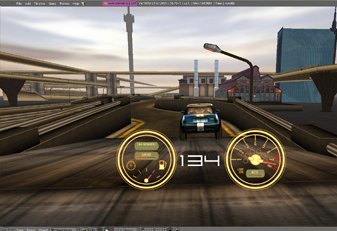 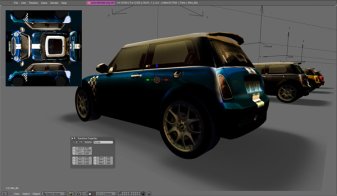 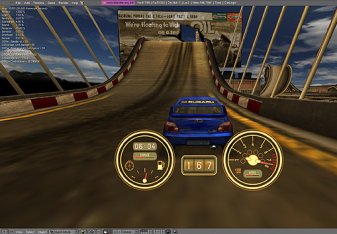 When I saw those screenshots I thought that the guys at Luma Studio where using Blender only for their modeling needs, but when I looked at the video preview I was really amazed to find out that this one was actually recorded out of the upcoming Blender 2.42 Game Engine (the simulation exploits Bullet's new Vehicle contraint and improved collision detection! Too bad the video itself was composited with Adobe AfterFX, shame on you guys!).

Actually devs are still working on some important aspects of the game: a full redesign of the GUI/HUD (to match what has just been seen in the Need for Speed: Underground series), the AI of the computer controlled cars, faked reflection on the vehicles' bodies and new tracks of course.

We'll keep you informed on the faith of this baby, stay tuned!

P.s. Remember to give some feedback to the dev team, this is the kind of game development that needs to be encouraged by the community.